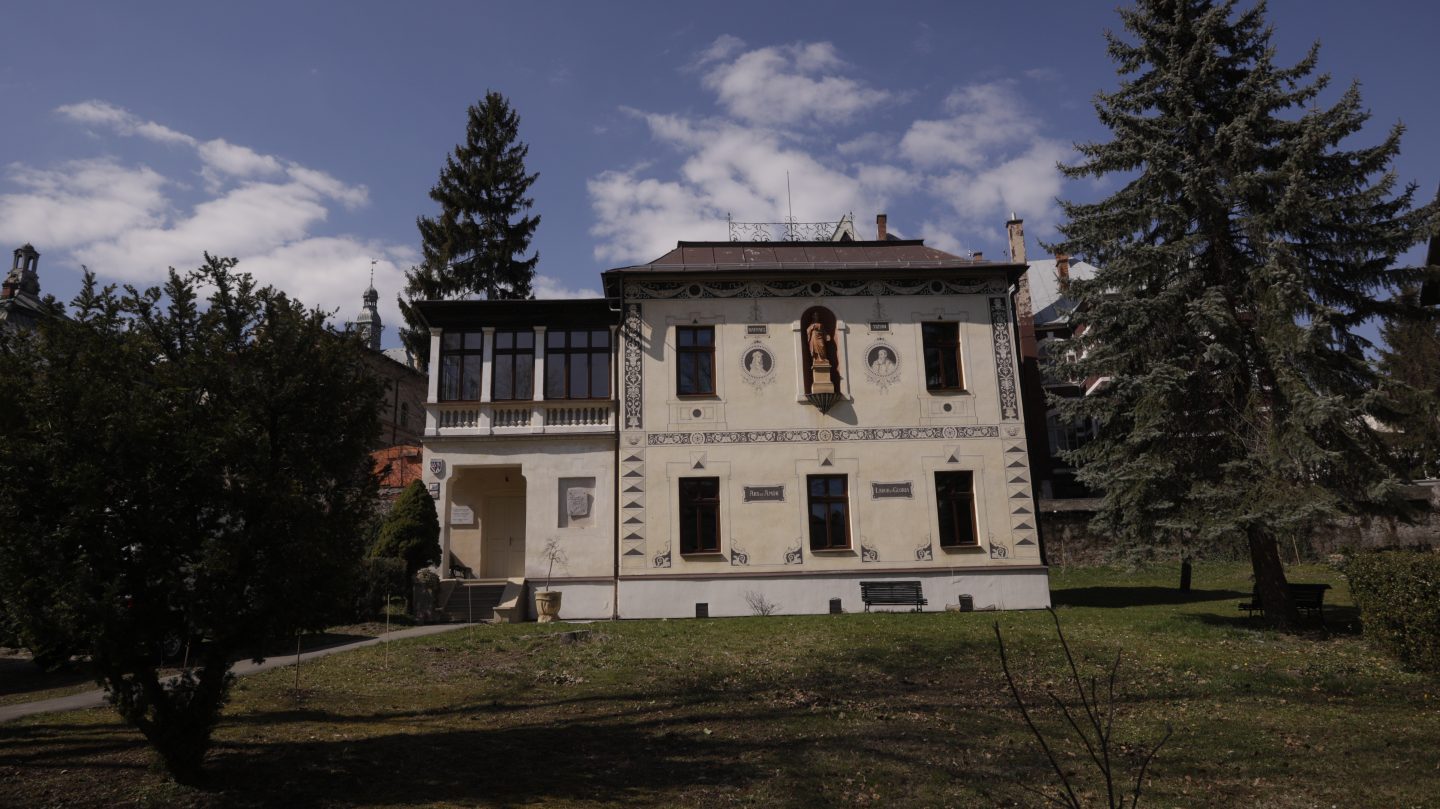 The Villa of Dominik Skutezky with garden is a unique family villa built in Banská Bystrica at the request of painter Dominik Skutezky, employing his artistic taste and admiration for Italian culture. The villa houses a unique permanent exhibition of Dominik Skutezky, provides the visitor with information on dramatic history of the Skutecký-Karvaš family as well as offers relaxation in an adjacent garden park.

The exhibition shows the painter’s work influenced by his long-standing activity in Vienna and Venice. Skutezky’s work is characterized by his master skills in old Italian painting and later, by his approach to light in luministic (impressionist) painting of the late 19th century. The exhibition tour includes his well-known genre paintings depicting scenes from the famous Venetian temples and corners, scenes from the urban life from the end of the Habsburg monarchy, cultivated portraits, and an exceptional painting series of boilers documenting traditional work in local copper mills. In addition, the exhibition is supplemented with a virtual presentation mapping the fate of the artist and his family. 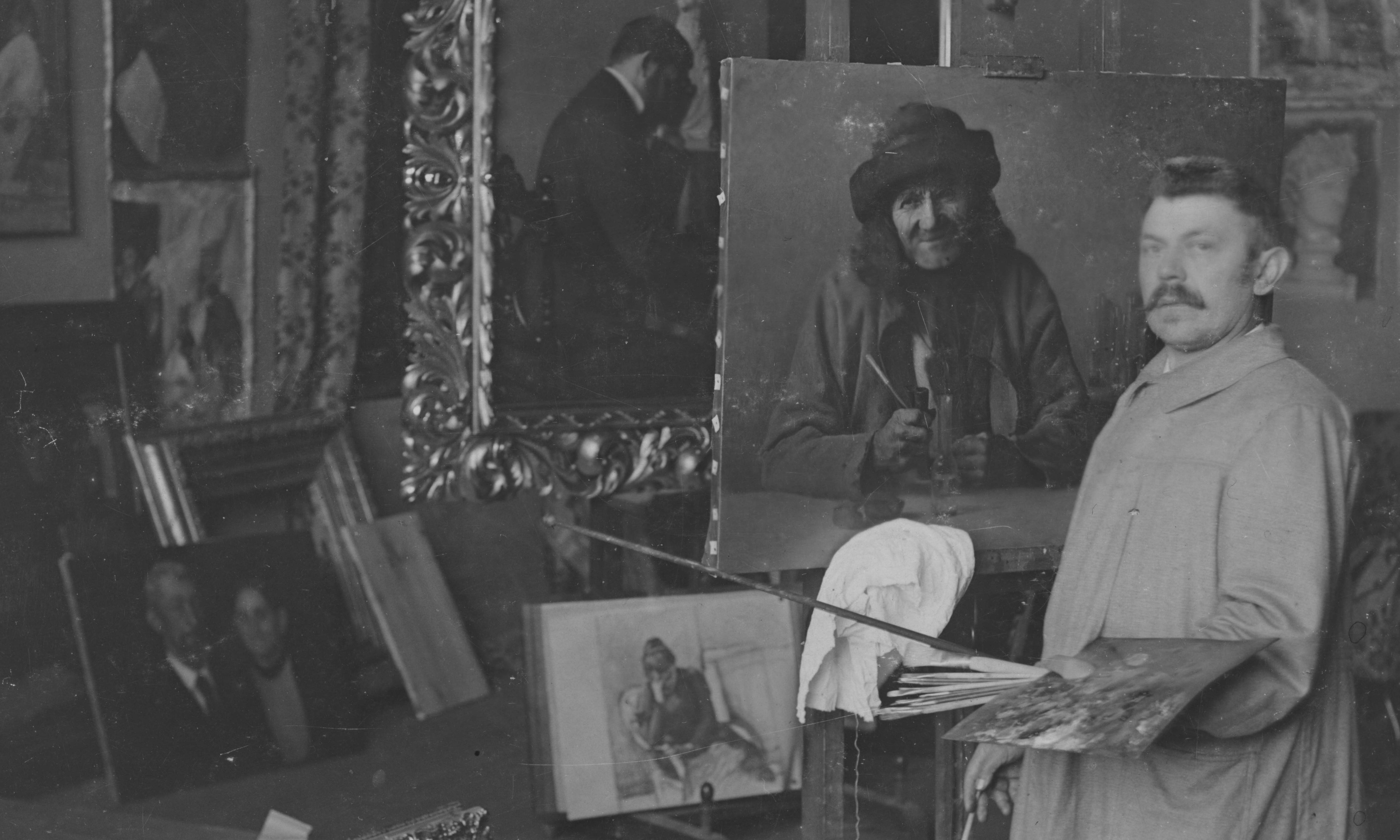 The genius loci of the family villa was heavily marked by tragic events of the Second World War when the Skutezky-Karvaš family were being persecuted for Jewish descent. Too, the villa reminds us of the childhood and youth of an important Slovak writer and playwright Peter Karvaš, who captured his memories in the book In the Nest. Besides hosting permanent exhibition of the artist’s work, the villa lends its premises also to other kinds of cultural events such as staged readings, summer film screenings, performances, and other accompanying and educational activities. In the years 2008-2010, there was a special place reserved in the villa for presentation of visual art of the youngest generation entitled Room 19_21.

The construction of the villa in Neo-Renaissance style was realized around 1896 by builder and artist‘s friend Adolf Holesch. The original sketches of architectonic and visual shape of the building and sgraffito decoration on the façade, which were likely made by Skutezky himself, were not preserved, as well as the artist's estate that had dissipated during the Second World War when the villa was temporarily occupied by the gestapo. After various re-constructions and adjustments of the building in the second half of the 20th century, an original shape of the façade was restored in 1994, when it was adapted to the needs of permanent exhibition. An adjacent garden, which was declared as part of the national cultural monument entitled the Villa with surroundings, represents a unique area of city park garden as well as the last city garden on Horná Street in the centre of Banská Bystrica and the region. 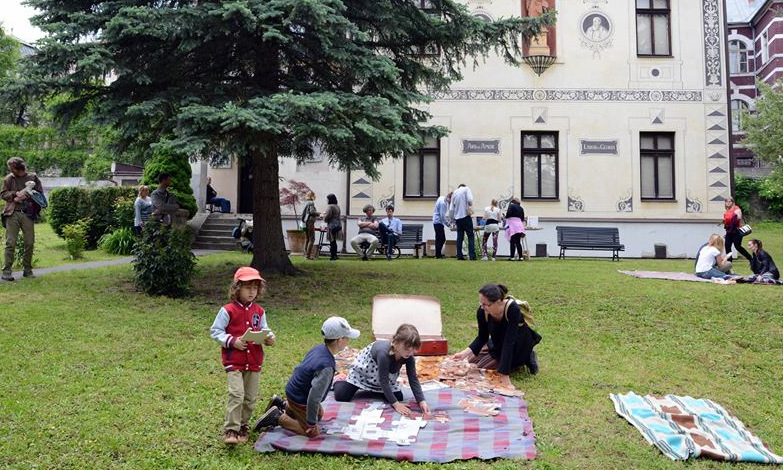