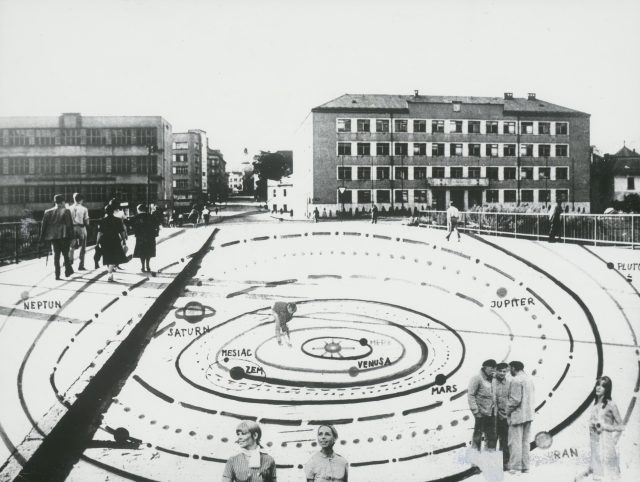 We kindly invite you to the opening of the second part of Permanent Exhibition of Stano Filko at the Central Slovakian Gallery titled HYDROZOA.

PAVILION
is a large site-specific spatial installation of authors František Demeter and Tomáš Džadoň in the foyer of the Central Slovakian Gallery in Bethlen’s House.  The authors conceived this semi-exhibition space of maashaus type and of historical character primarily serving as a passageway with a reception and a vaguely defined identity with many complicated outlets leading to the street, backyard and all other underground and above-ground parts of the building as an environment initially inspired by the Filko’s solution of his iconic studio on Snežienková Street under Kamzík hill in Bratislava. Since the mid-1960s, Filko stored here his extensive work in time layers, which he sorted totally installed into color spaces vertically and horizontally divided into 5 dimensions and 12 colors in his latest version. He expanded the original garden hut in all directions into the surrounding area by gradual technical extensions. This way he covered the remaining area of the lot by a terrace or by constructing roof structures using steel and aluminum profiles, sheets and bars. This construction material was also to be used in Filko’s subsequent unfinished project of hall complex titled ARCHA in Veľká Hradná, a village near Trenčín. He worked on this project for the last ten years of his life around his grandparents’ house to absorb all his works at the archive, workshop, laboratory and institute level.

From the original inspiration by Filko’s expansive principle of the DIY technical solution of his studio and storage spaces and their rainforestlike overgrowth principle Demeter and Džadoň created a monumental space in the Central Slovakian Gallery. It is overlapping and simultaneously growing into the original incoherent framework of the historical and utility layers of the entrance hall. Typically exterior material concept transfers into the gallery interior from the street entrance to the backyard; it passes into separate exhibition spaces, reception and toilets, but also exposed empty niche to finish in the ceiling. There under the otherwise covered lunettes is in the next plan installed Filko’s work, visible only through a crevice accessible by a ladder. The newly-built space veils the original architecture, but at the same time, in selected moments of the choreography of the viewer it reveals it and just like it swallows it, it also enables it to be absorbed by it. Surfaces of the seemingly utilitarian PAVILON architecture are assembled into a special sensory structure that is sophisticatedly created by multiplicity of steel profiles, the light translucency and also the original space between them as well as the reflections of the inversely fixed slats. This creates a passage through the “silver” tunnel space, which is an entrance into another dimension – Filko’s “Spirit Univers”, which for him was represented by the 9th silver color of the 4th dimension. In the dimension of time, during the viewer’s movement or standing, it becomes a link of a space-time physical world with a space-time undefined metaphysical-ontological space.

The unlimited duration and unsettled character of HYDROZOA is expressed by the division of the program into parts (individual temporary exhibitions, author projects, interventions, etc.). The program was made available to the public in the introductory first part in December 2017. Central Slovakian Gallery owns an extensive collection of archival and project character of work of this neo avant-garde artist belonging to the 60s generation. However, the permanent exhibition of Stano Filko titled HYDROZOA is not traditionally conceived as a closed and completed exhibition of an author or a collection that would be exhibited for a long time in a particular final form, but instead has a variable nature according to the changing program. The project is realized by invited authors, who individually react to Filko’s work, composing it into a new installation, environment, individual work or they create autonomous original projects. In 2018, the exhibition is presented in three series, the authors of which are: Ján Ballx; František Demeter and Tomáš Džadoň; Sarah Jones. The authors of the current second part of the exhibition titled PAVILON are the artists František Demeter and Tomáš Džadoň.

STANO FILKO (1937-2015) is a Slovak neo avant-garde artist of the 1960s, known mainly for the creation of total installations and environments. His best-known projects include the readymade events Happsoc from the 1960s (on the first one co-operated with A. Mlynárčik and Z. Kostrová) and the transcendental environment White space in the white space from the 1970s (originally with M. Laky and J. Zavarský). In 2015, the Central Slovakian Gallery acquired into its collection an extensive acquisition of more than 700 Filko’s works. This is a collection of smaller objects and works on paper, which has a nature of an artistic archive with a research potential. It contains autonomous works as well as documentation of Filko’s exhibition projects and many now non-existent or continuously reworked spatial works or works explaining the development of his unique ideological color system that he created to explain his holistic concept of the world. A retrospective exhibition of S. Filko with the works from this collection was held in the Central Slovakian Gallery in 2017.

FRANTIŠEK DEMETER (1975) studied at the Academy of Fine Arts and Design in Bratislava, where he currently works as an assistant professor at the Department of Painting. In 2015 he was a finalist of the Oskár Čepan Award. His recent exhibitions include I Have Nothing (Nemám nič, Galéria ± 0,0, Žilina 2017), Large canvas (Veľké plátno, Galéria 19, Bratislava 2017), Nothing but the plane (Nic než plocha, Galerie SPZ Prague 2014), NO YES NO (Krokus Gallery, Bratislava 2014) and other group exhibitions at home and abroad.

TOMÁŠ DŽADOŇ (1981) studied at the Academy of Fine Arts and Design in Bratislava, Koszalin University of Technology in Poland, the Art Institute in Kankaanpää in Finland and the Academy of Fine Arts in Prague, where he currently works as an assistant at the Studio of the visiting artist. In 2012, he won the Tatra banka Foundation Award for Art in the Young Creator category. In 2009 he was a finalist of the Czech Jindřich Chalupecký Prize and the Slovak Oskár Čepan Award. His recent exhibitions include autonomous projects Ideal co-ownership of Tomáš Džadoň (“Ideálne spoluvlastníctvo“ Tomáša Džadoňa, Krokus Gallery, Bratislava 2017), DŽADOŇ’S VILLA(DŽADOŇOVA VILA, Moravian Gallery, Brno 2017), Memorial of Folk Architecture (Pamätník ľudovej architektúry, housing estate Dargovských hrdinov, Košice 2013-16) and other group exhibitions at home and abroad. 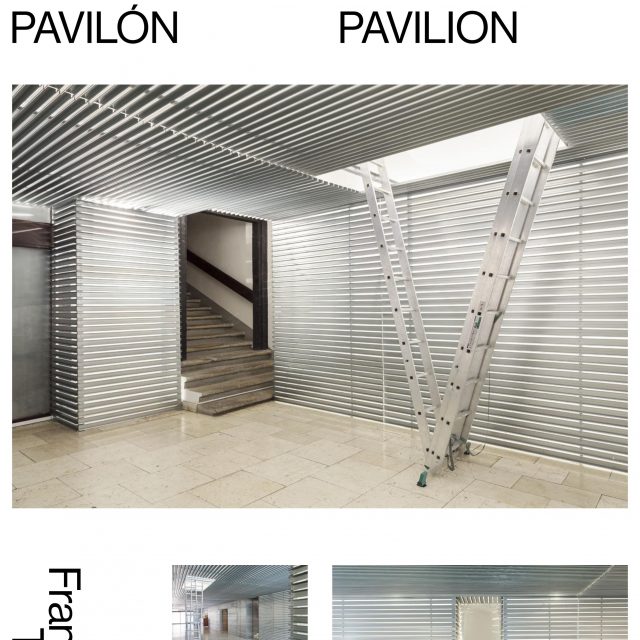 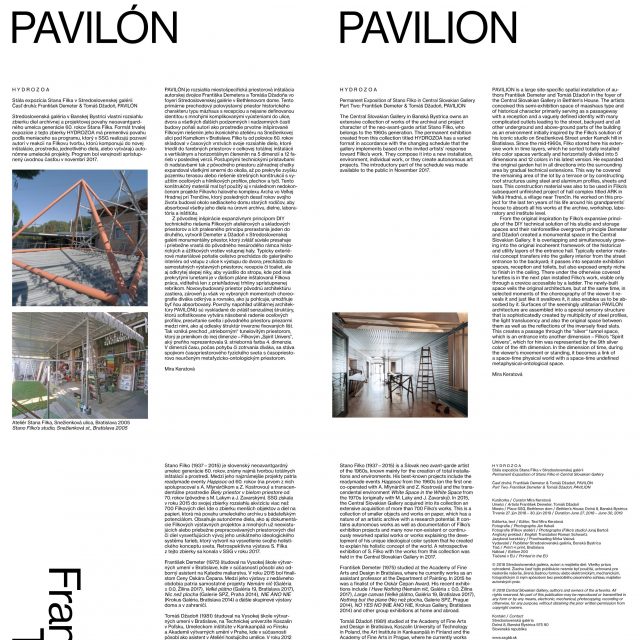