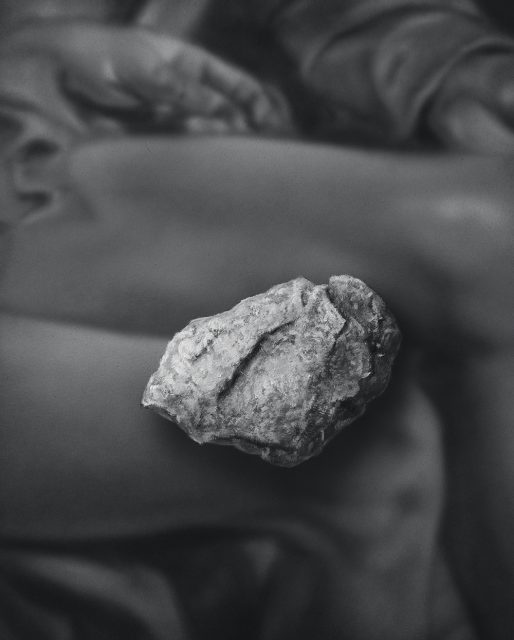 One can feel tension and harbinger of change in the air. The breath slows down. The birds fell silent. The seconds hand stopped. The sun remains in one place. When a shadow casts a shadow, something is wrong. We find ourselves in a known-unknown world, where rules and physical laws do not apply. The thrown stone does not fall to the ground. It freezes in space. Reality is mis-shapen. Temporary limbo. The statues come to life to become stiff again after a while. Fatal glance of Medusa.

As a student, Adam Šakový entered the active art scene at the turn of 2011/2012. From the time lapse, it is clear that already at the beginning of his painting career he laid the foundations for the author’s program, which he continuously developed into its current form. He found the ideological and formal premise of current artistic processes in the principle of hyperrealistic prepainting of photographic treasures on canvas. A significant step towards the current status was the replacement of traditional paintbrushes with an airbrush gun, thanks to which he was able to give up direct contact with the canvas and thus play out the idea of ​​a targeted loss of the author’s manuscript. His painting form adopts photographic compositions, the principle of hyperrealistic painting and historical stylization interwoven with defects and targeted errors in scenes that are very close to the pretended reality. However, he was always more interested in what is presented, what is the relationship between the individual scenes, the way they are presented and the subsequent viewer’s perception – more than just mastering the craft of painting. With his paintings, he criticizes the underestimation of information, for which he uses post-conceptual strategies. He works with wildcards, plays with symbolism and uses simple metaphors and personifications. A look at work of Adam Šakový of the last decade clearly reveals his passion for painting series, in which he moves organically from intimate scenes to more universal themes. Although it might seem that the serial way of working can limit it, defined principles and pre-thought-out steps generate compact cycles that help him solve a given problem and maintain continuous quality without creating unnecessary trade-offs.

Adam Šakový’s solo exhibition – When shadow casts a shadow presents a selection of works from the last two years. At first glance, it is clear that he has moved significantly from the previous cycle Still Alive (2015 – 2018), in which he took over compositions, earthy colors and formal characters from baroque still-lifes and portraiture of the 19th century. Furthermore, he does not continue to explore and depict (more or less living) animals and again gives up the use of a wide color spectrum (in the past, for example, in the cycles Education, 2014 – 2015, Without a Template, 2013 or Saved, 2012). To play out current painting compositions on small to monumental canvases, he was content with a black-and-white monochrome color, which he took over from the character of the depicted motifs.
The exhibition project presents two separate lines, with the help of which he explores the potential of illusiveness and falseness of painting. It deals with the nature, imaging possibilities and material qualities of selected objects, which it inserts into constructed fictitious compositions denying generally given certainties. We observe unidentifiable levitating objects, the disintegration of physical laws, the instability of material properties or inconspicuous irrational relations, and the vague line between what is reality and what is only conspicuously reminiscent of it.

The initial series of the whole project – Can’t See The Forest For The Trees (2019) shows almost textbook examples of landscape views into unknown forests. We get a view of a romantic scenery untainted by human intervention. Perfectly cloned trunks of fallen deciduous trees and a hypnotically dark atmosphere, however, signal that there is something wrong with the paintings. The dramatization of forest compositions is enhanced by unknown light sources, which create dominant and essential shadows for the whole concept. They emphasize visual lapses and illogical depths of space, which change the ideological and formal perspective of the perception of tree scenery. Lush forests suddenly turn into theatrical scenery and replicas of hang paper. And how is it even possible for the trees in the paintings to cast shadows on the other canvases?

He develops reflections on the function of painting and its (in)ability to reflect reality in the latest cycle Stones (2019/20), in which, unlike artificially constructed “landscape paintings”, he works with (relatively) existing material. Šakový’s program takes over figural scenes, details or lesser-known views of the top works of European late Renaissance and Baroque sculpture. He trims the composition in a punk way. Follows gestures or specific body details of figures. He approaches historical material analytically and without emotions. He is not interested in an excursion into the history of art, nor in mythological stories or iconography of saints. His curatorial selection is connected by an interest in the motif of drapery, ecstatic body, athletic muscles or round curves. He chooses tense and exciting situations that contrast with calm to post-mortem motives. The difference between life and death is even more blurred. He tears the scenes from the historical context, thanks to which they expand the ideological scope of the topic of interpersonal relationships and unexpected erotic tension. The sculptural quality of the masterpieces used lets the juicy spatial modeling sound, which supports Šakový’s interest in the play of light and shadow. The choice of black and white monochrome color reminiscent of the appearance of digital 3D renders confirms that the selected sculptures are only a modulatable material for him. Despite the fact that it is fascinating to watch a perfect transcription of a spatial object on the surface of a painting canvas, the whole concept is further developed by levitating objects, which with their spatial qualities and cast shadows change the nature of scenes. Sculptural figures soften and blur in dynamic-static situations. The focus shifts to fragments of stones and abstract structures of marble slabs, the hardness of which contrasts with the soft modeling of the sculptures. The elusive logic of space and time is accelerated by absurd shadows that actively dynamize calm situations and physical metamorphoses. At the same time, the motifs of the stones blur the imaginary boundary between the painting and the object. The idea leading to the author’s spatial realizations resulted in “marble” blocks, which symbolize the initial phase of the newly emerging sculptures.

Title of the exhibition: When a shadow casts a shadow

The exhibition were supported from public resources by the Slovak Arts Council, the Banska Bystrica Self-Governing Region and the City of Banská Bystrica. 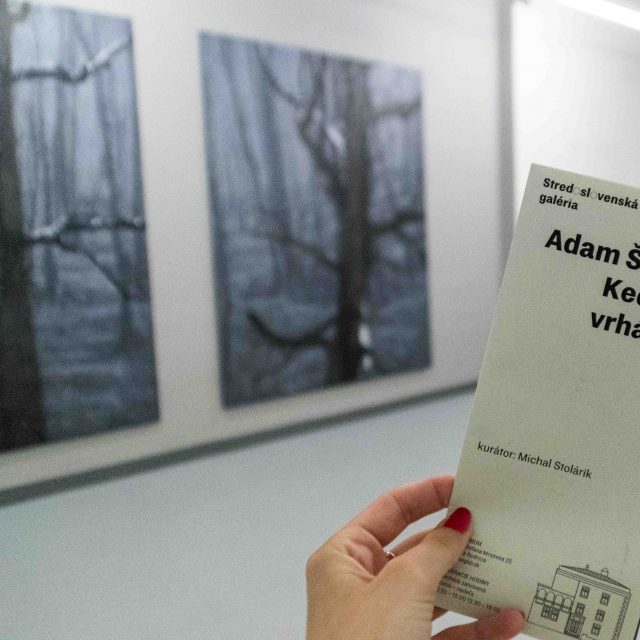 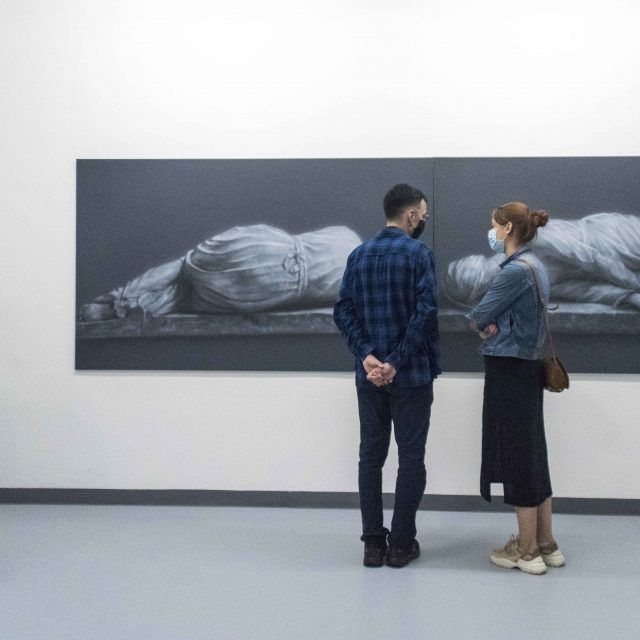 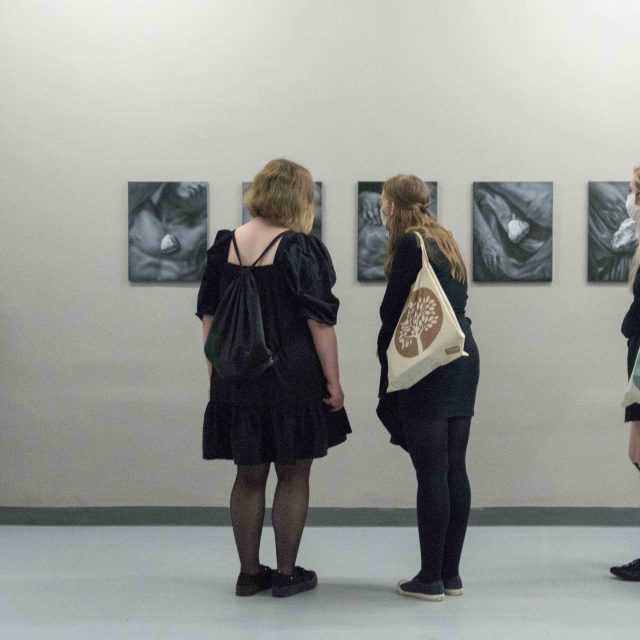 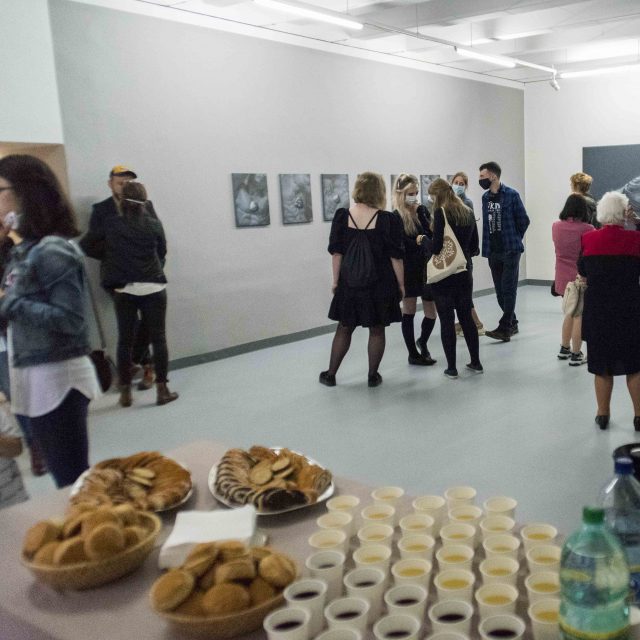 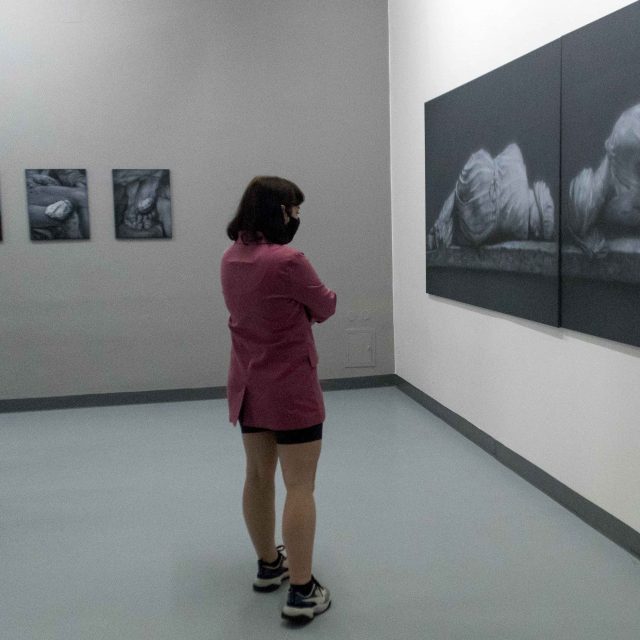 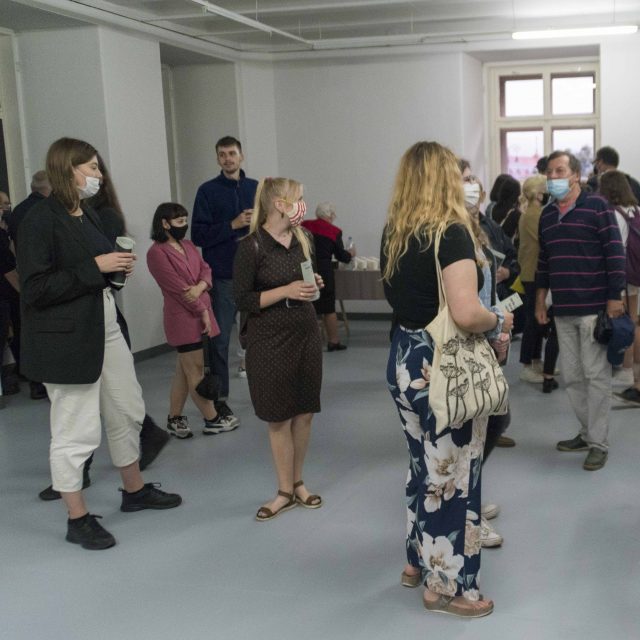 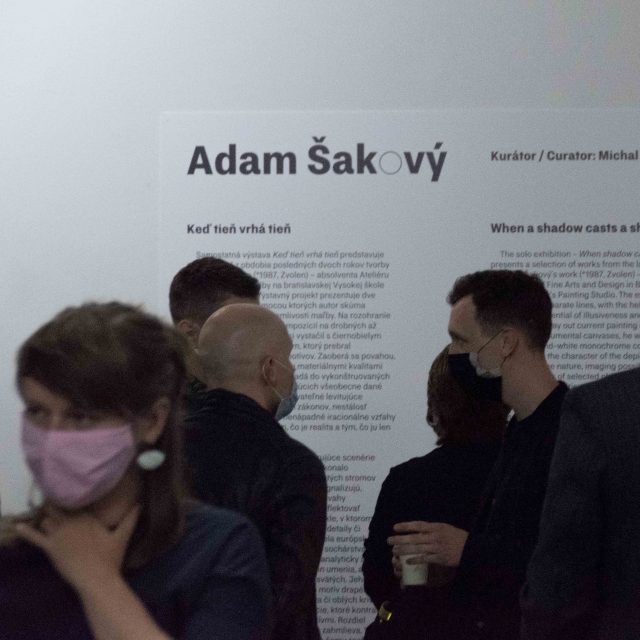 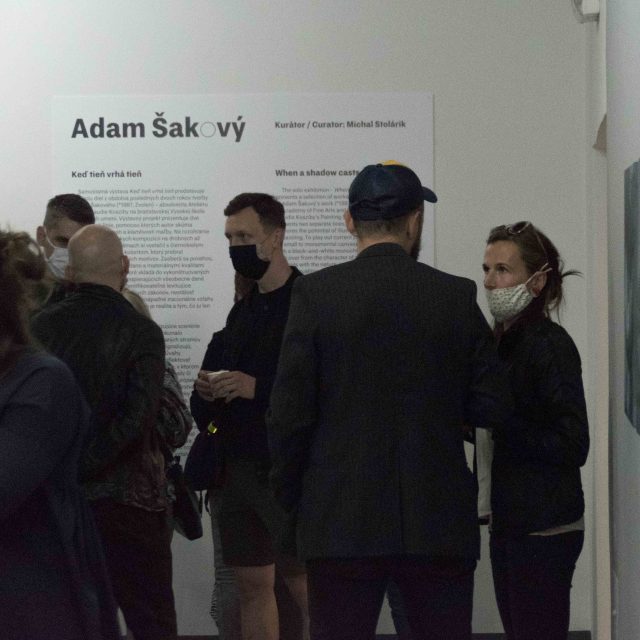 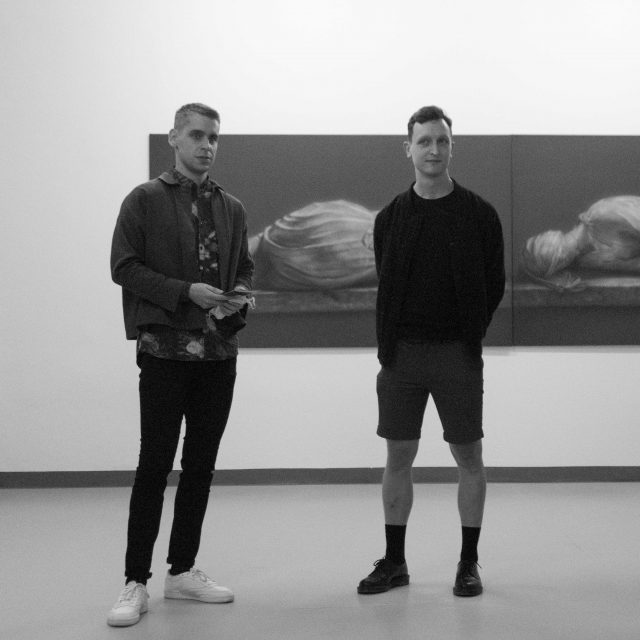 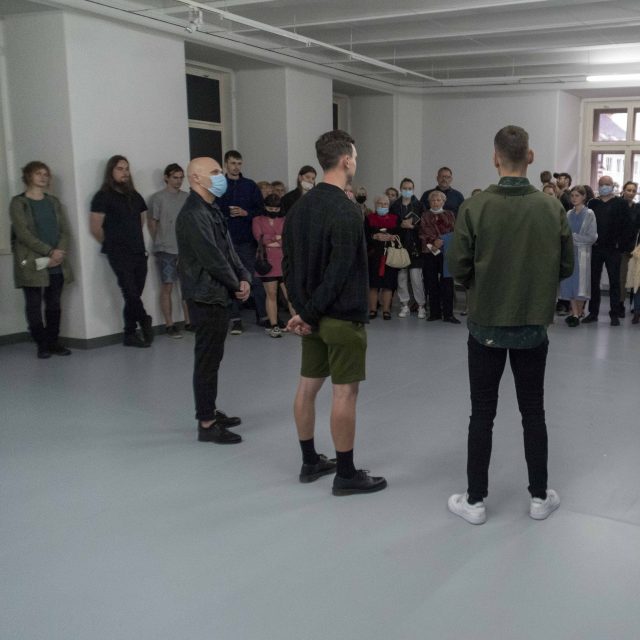 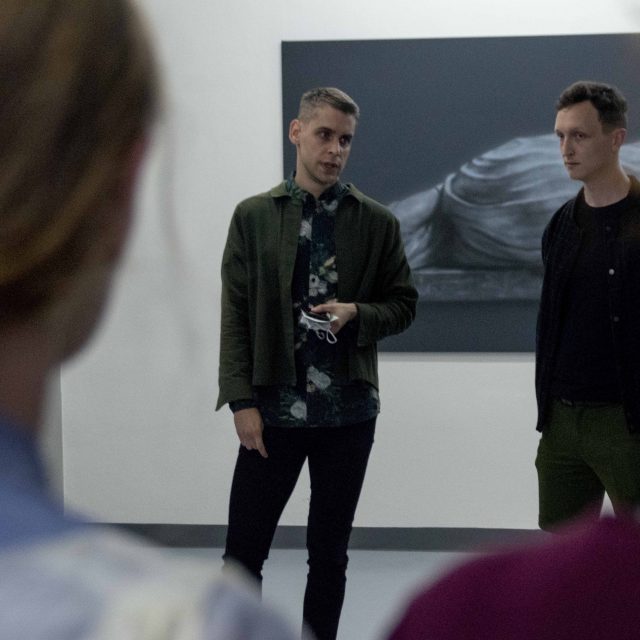 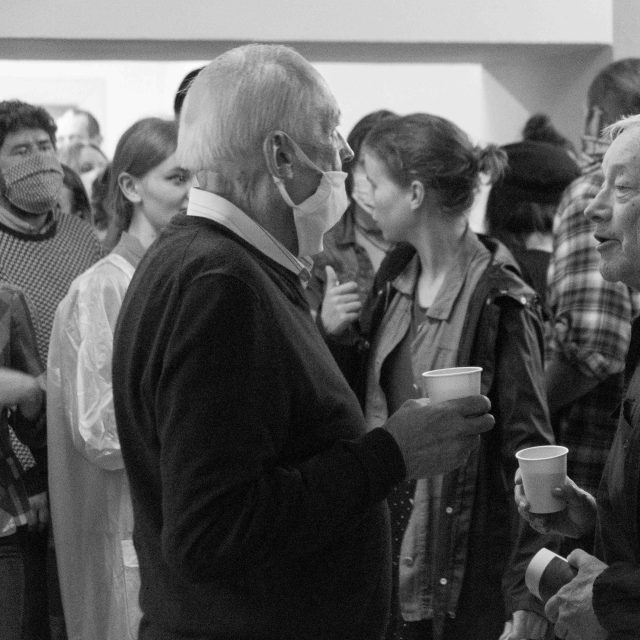 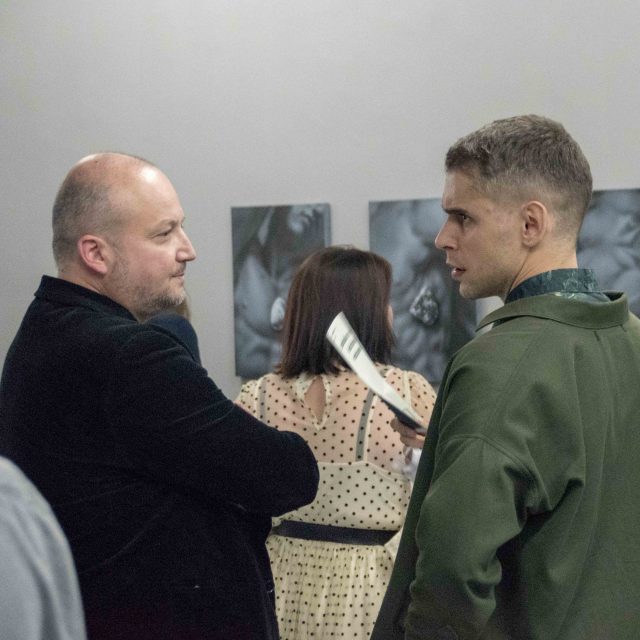 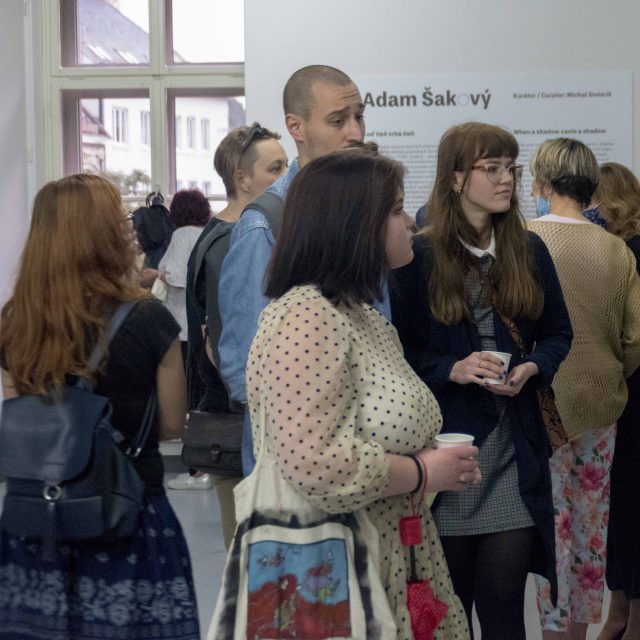 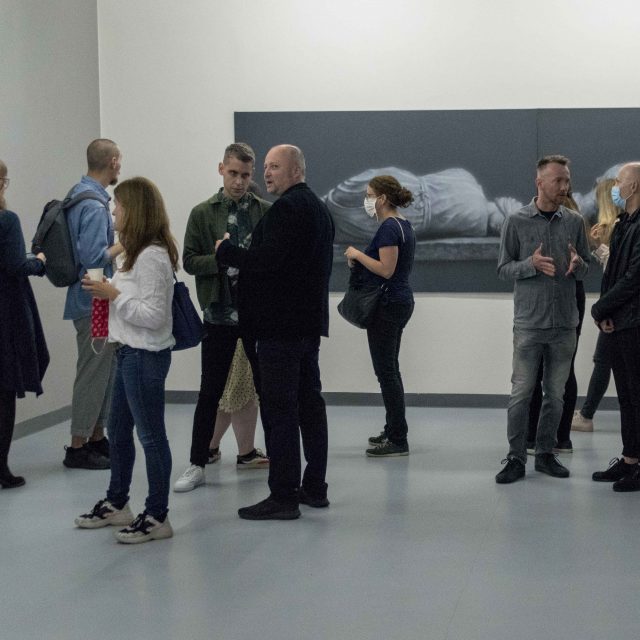 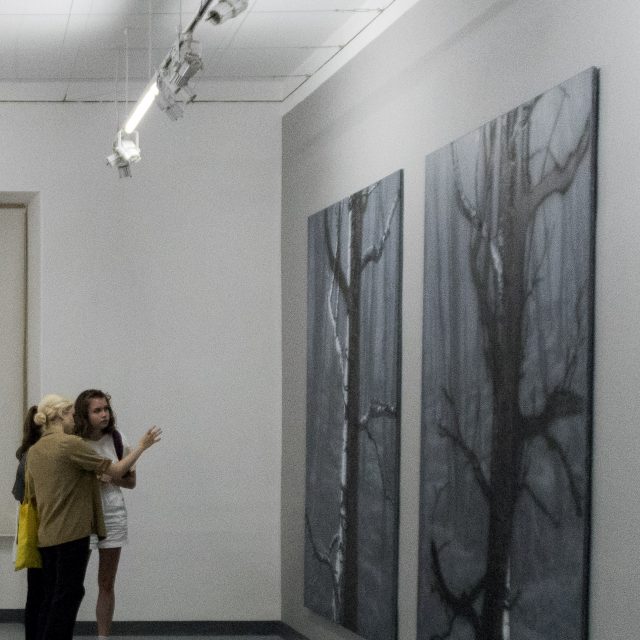 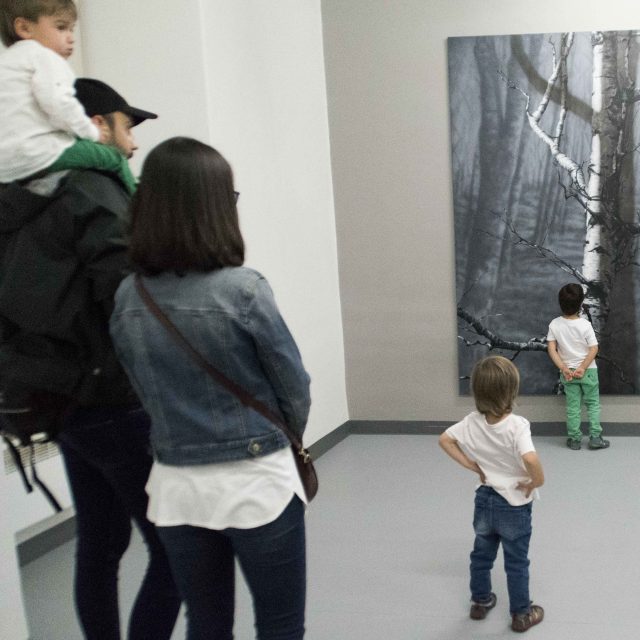 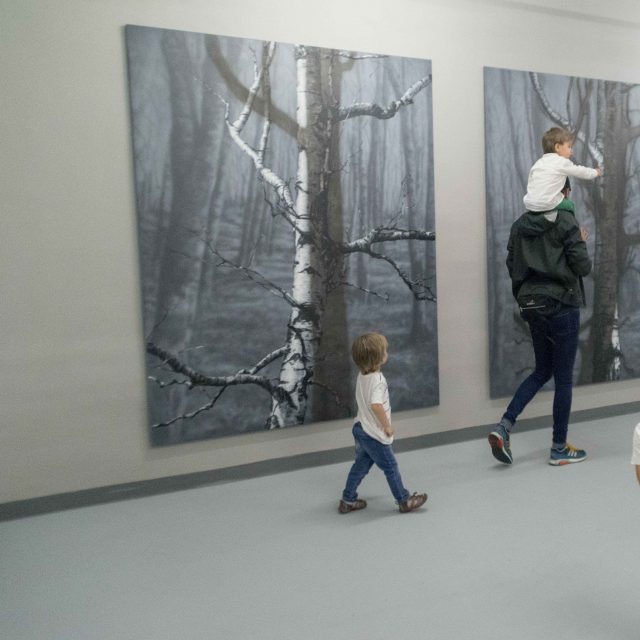 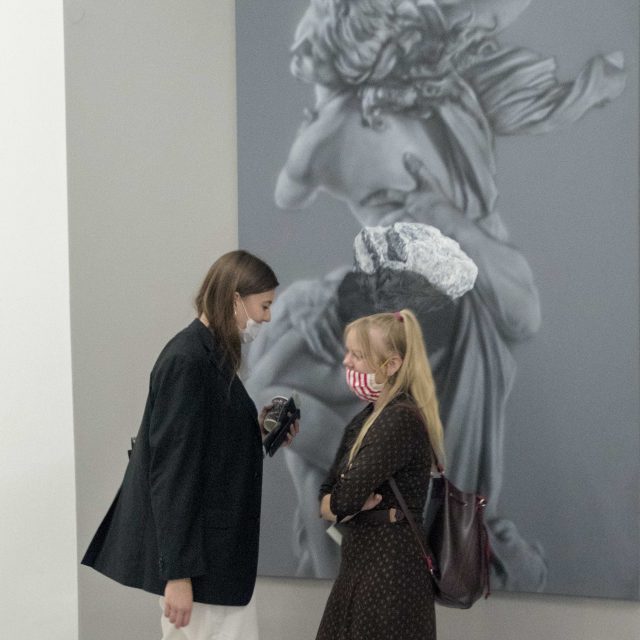 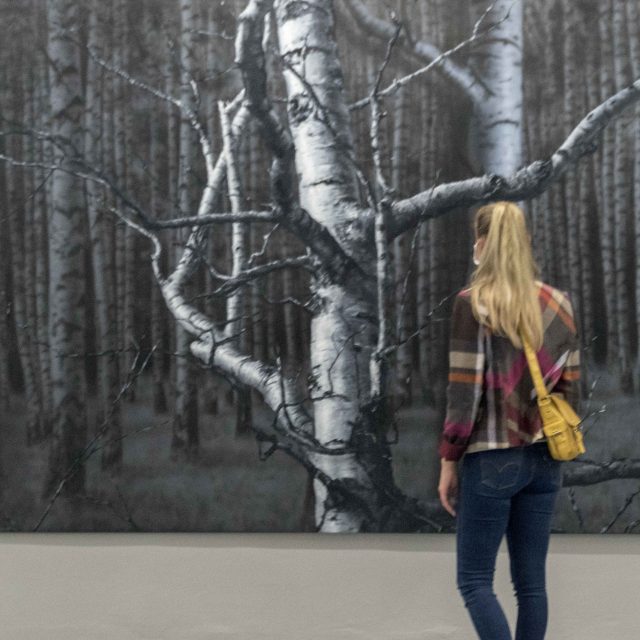 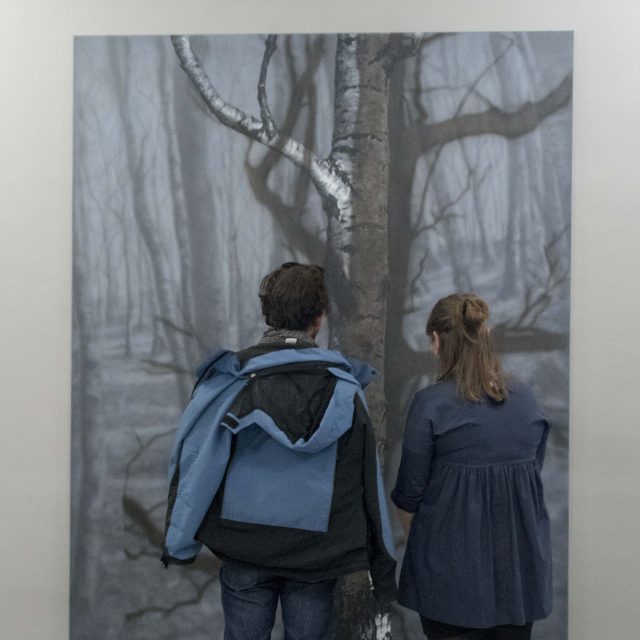