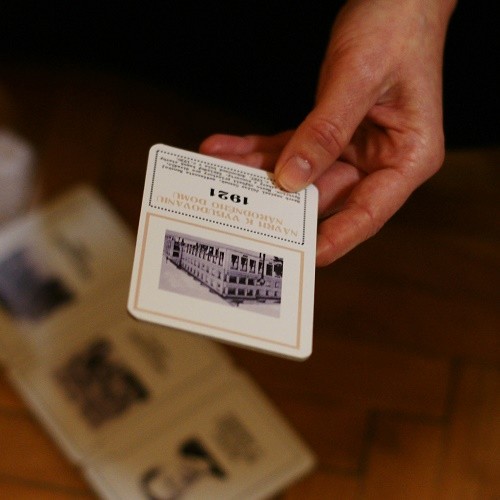 Interactive educational games are divided by their topics into Artline, Timeline and Fashionline, bringing life and work by Dominik Skutezky in the wider social and cultural context. Activities are based on the card game principle. At Timeline, the player gets acquainted with the artist’s life in the context of discoveries, inventions and historical events taking place in the world, as well as in Banská Bystrica. Artline provides the viewer with an insight into the artist’s work through reproductions while simultaneously confronting it with well-known paintings of the second half of the 19th century and the beginning of the 20th century. The former are two games are complemented with Fashionline, where the visitor gets acquainted with the fashion timeline from the antiquity to the present, and at the same time perceived in relation to the Skutezky’s period clothing.

Games are available for groups as well as for individual visitors.