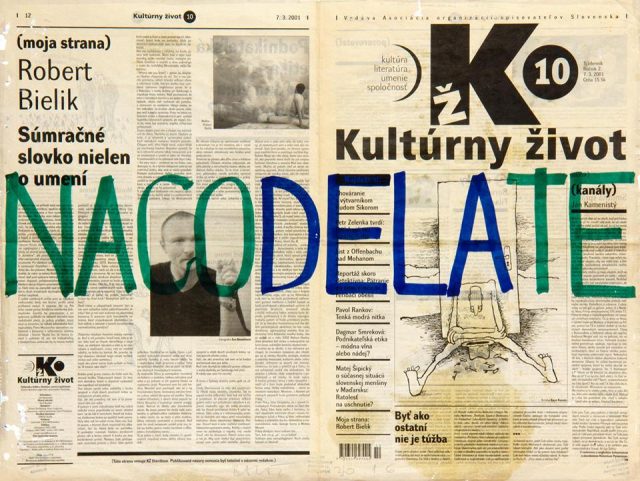 Exhibition project called ghOstwriter is the attempt to create retrospective view of several cycles of conceptual texts of Slovak artist Blažej Baláž (1958). His creation is known for radical engagement and political activity, which created a fusion with his artistic activity in the last years and today it creates indistinguishable part of his life. Blažej Baláž is the revolutionary, but his revolution combines connections among historical stories and subjective form of living at the same time. Personal story at the background of political changes is the addition of historical events, which cease to be uninterested commentary, but become interested living. Even though his last exhibition projects focused on performative positions, Baláž´s work in parallel continues to occur on the field of text, which has become the author´s dominant method of expression since early 90th. Presently, Baláž has to a considerable extent resigned to classic type of hanging picture and cardboard boxes have become the background for his comments and social observations. They are metaphors of eternally chasing part of Europe, which probably will forever be only a packaging house for the “Western world” for commodities designed for export, forever/which the “Western world” maybe will forever regard with its post-communist fate only a packaging house for commodities designed for export. Therefore, the East bears its post-communist badge linked to the image of backwardness and need to catch up. Baláž with his works uncompromisingly evaluates the relation of the East and the West as the impossibility to gain balance. This position is supported by using grease, primer impregnation, which – apart from its metaphoric and literally conservation effects (fixing of trauma) – points to artistic activities of Joseph Beuys. Baláž´s texts are therefore as memento of instability and single use placed on cardboard from stripped used boxes. Other texts are placed on letter envelopes, official notices, advertising and political flyers, bank statements, invitations to exhibitions, etc. Many of them evoke banners, which are created on cheap, uninteresting, currently available material, because their message is more important than any visual form. However, their role on this background is not to cover basic information, but to create new type of communication and mutual responding. Term ghost-writer is used to identify professional writer, whose texts are assigned to a celebrity or a politician, who hired him/her. Baláž´s testimonies speak about the state of society, where institutional power transformed into great disappointment after 1989. The question is who ordered those testimonies. 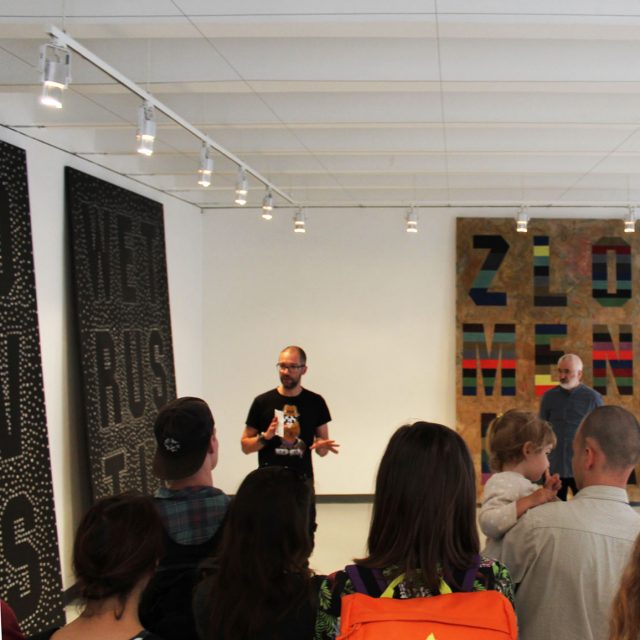 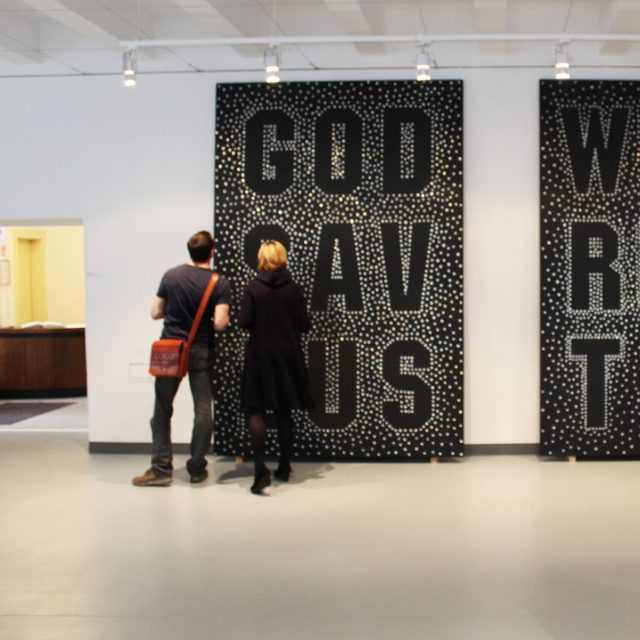 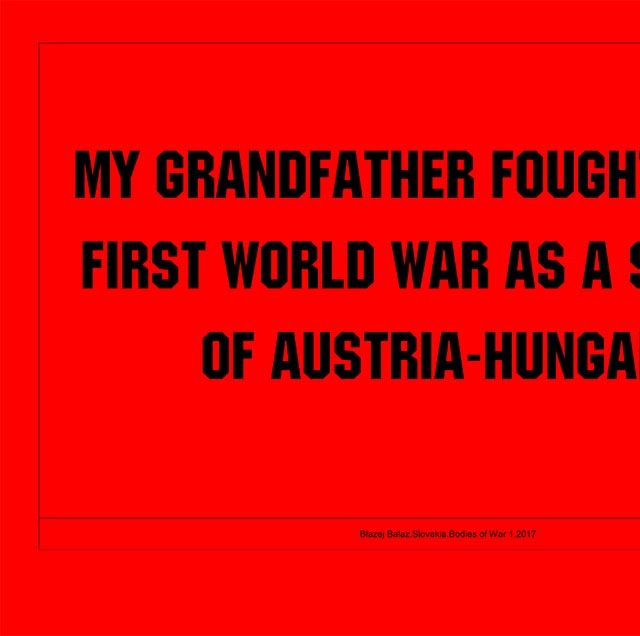 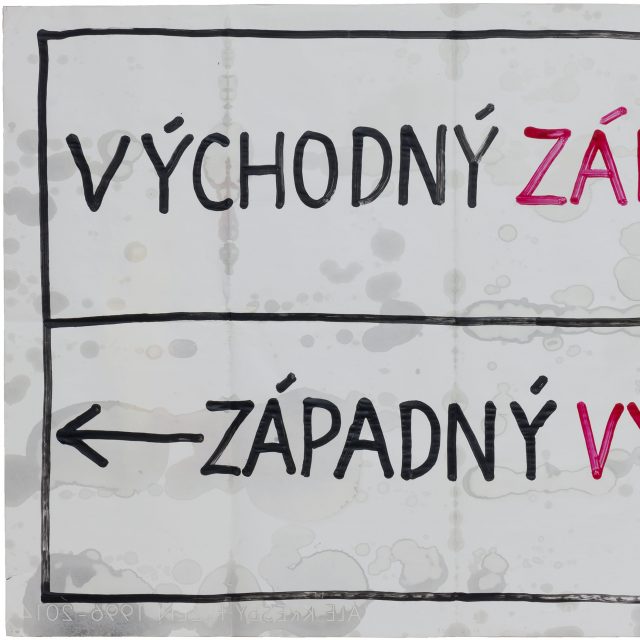 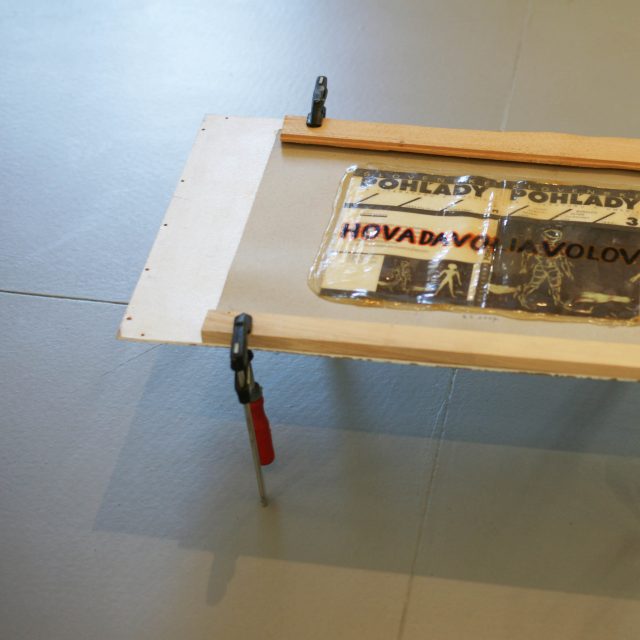 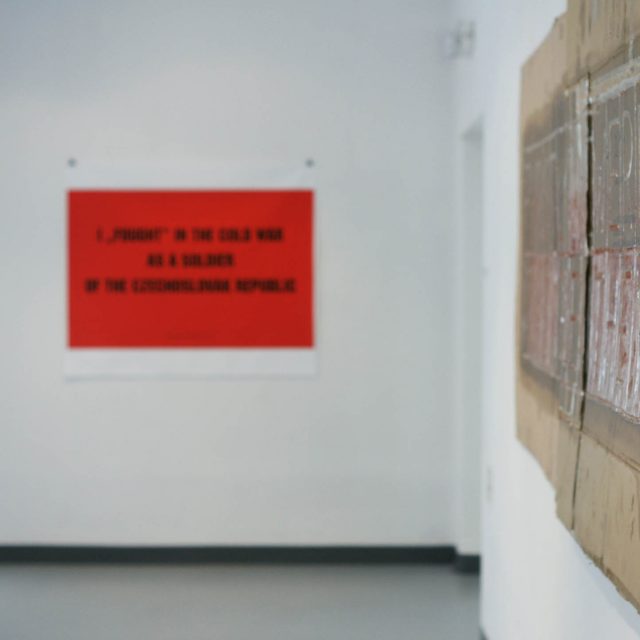 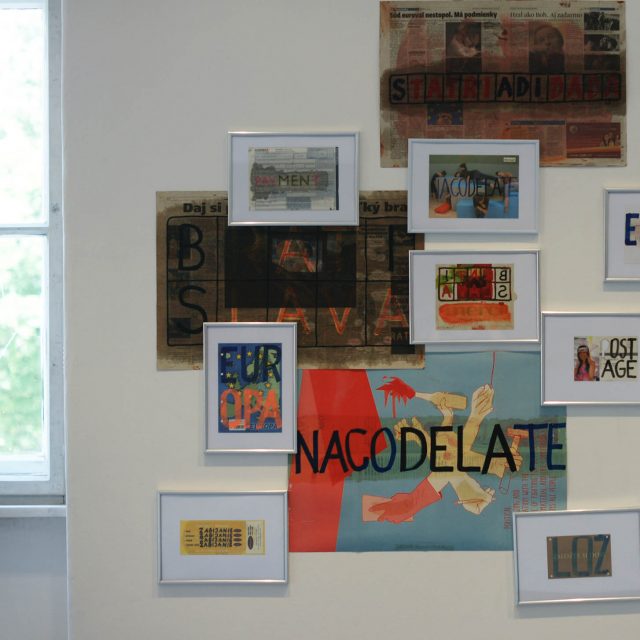 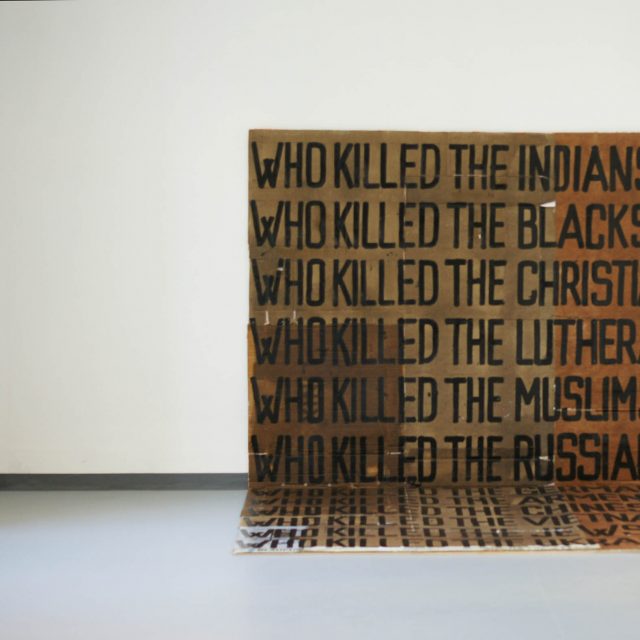 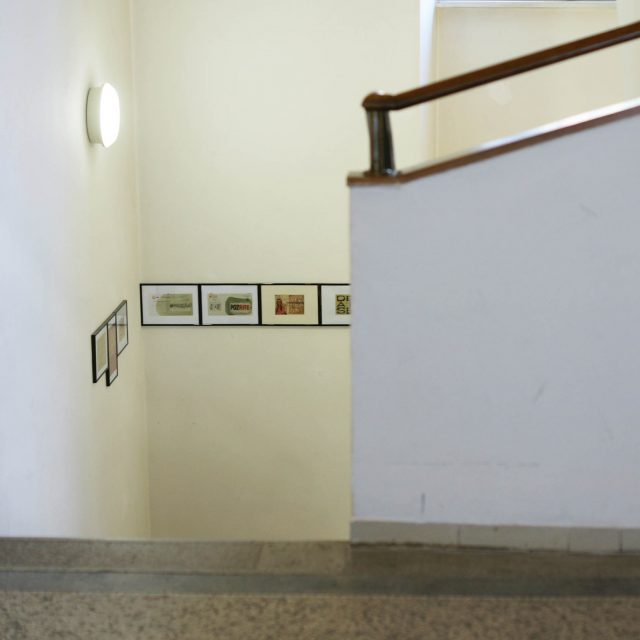 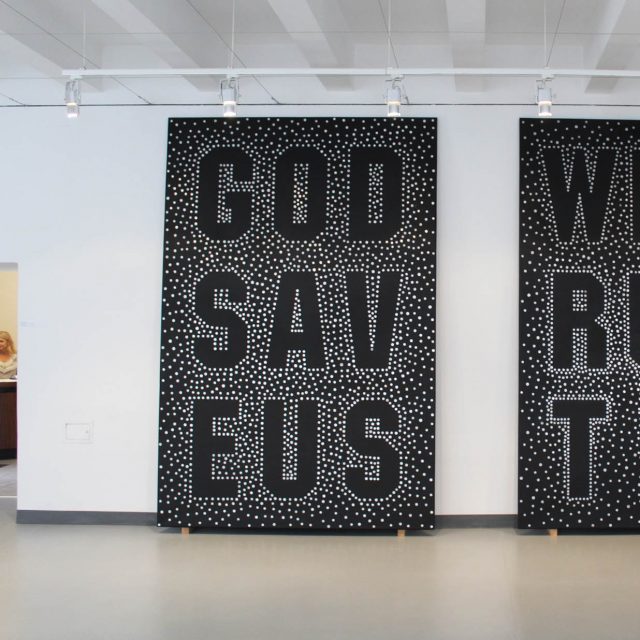 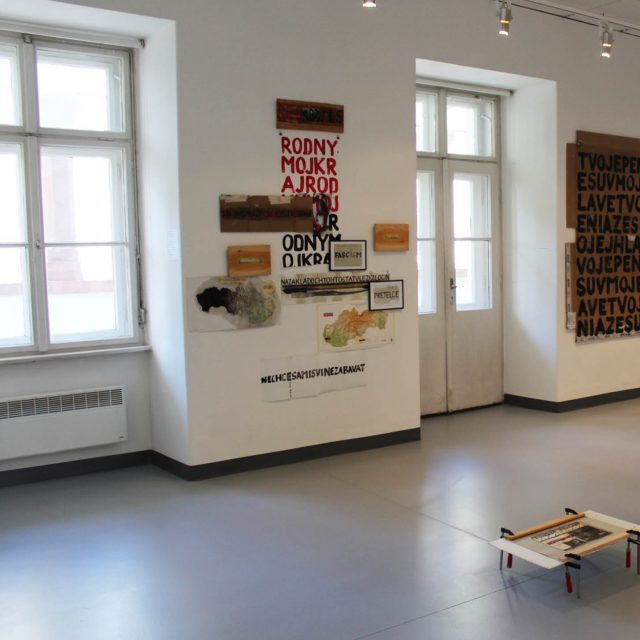 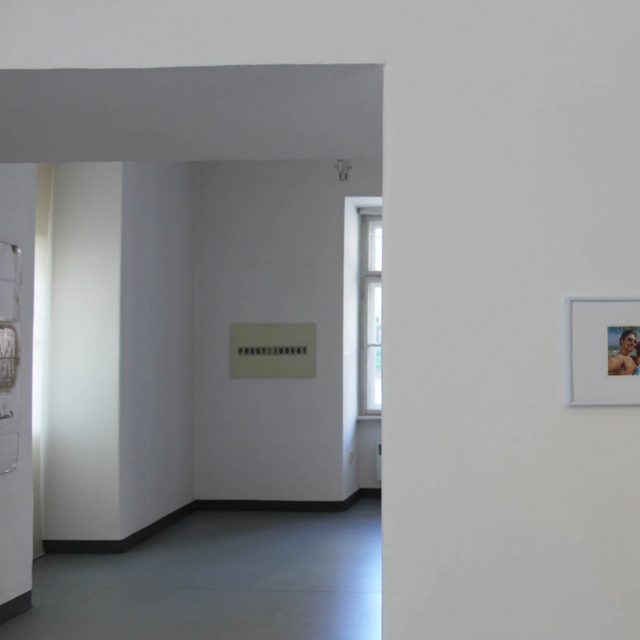 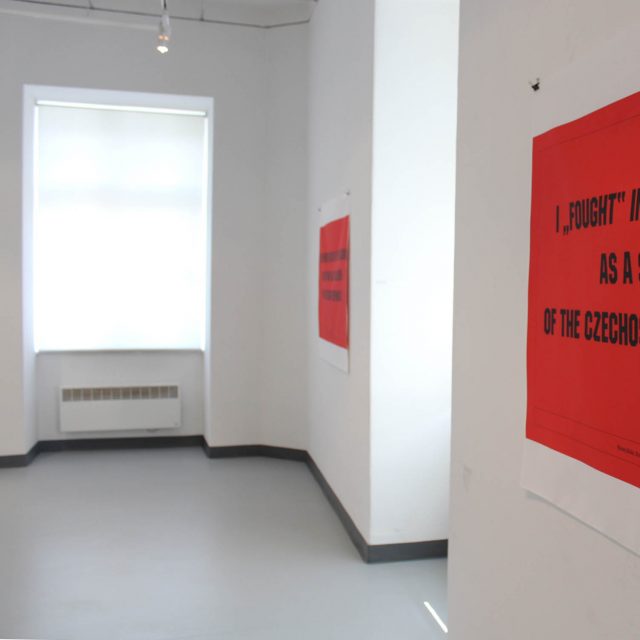 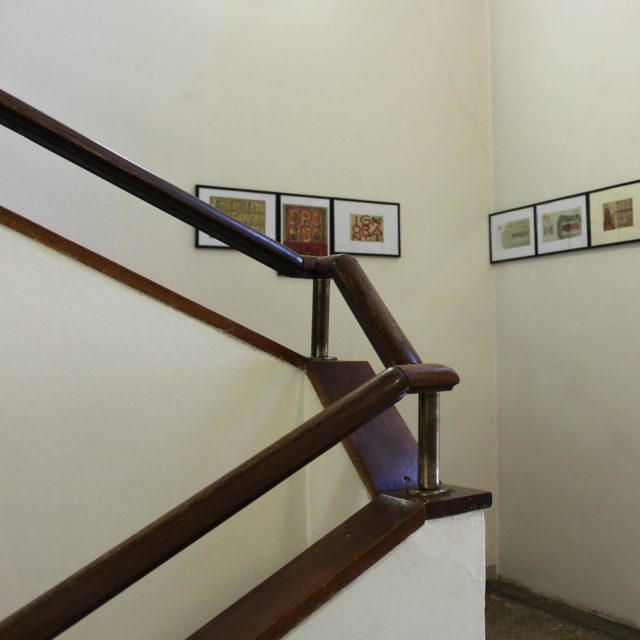 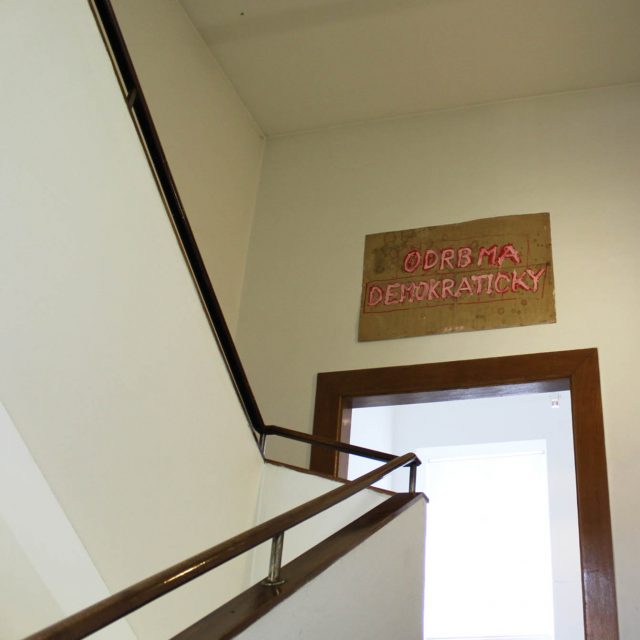 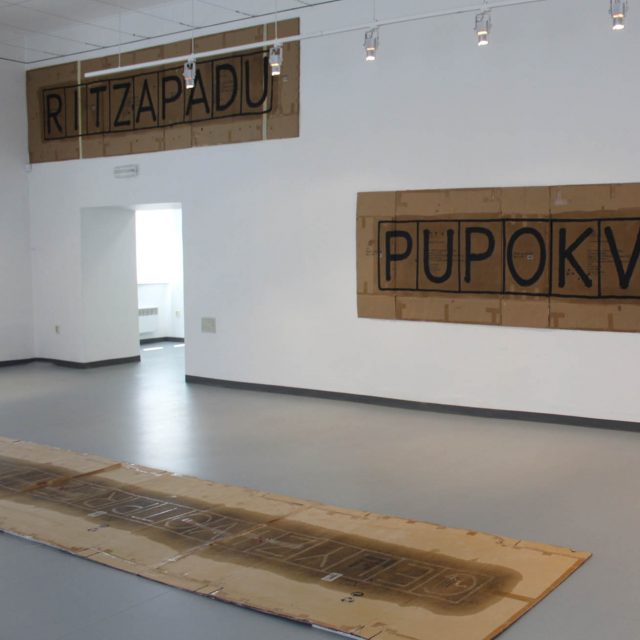 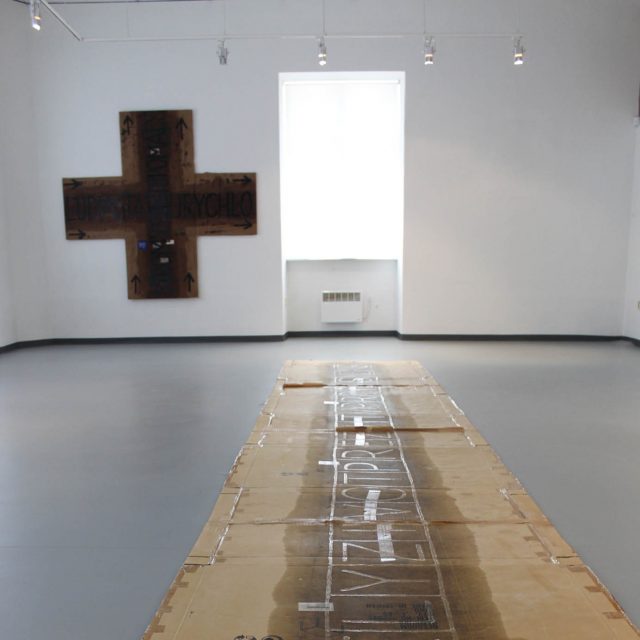 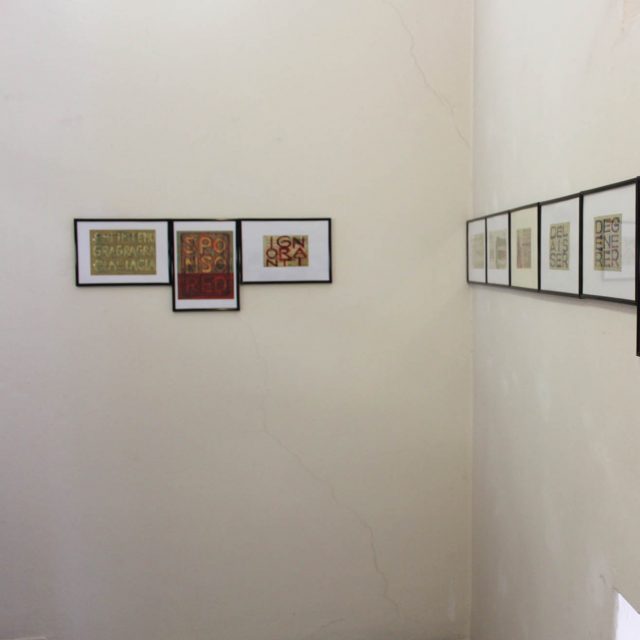