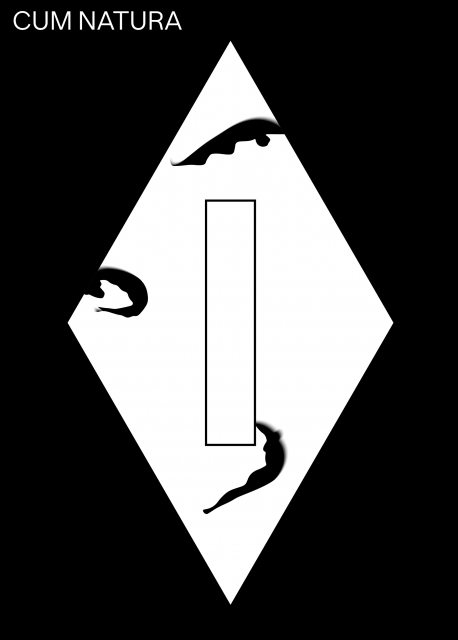 The Central Slovak Gallery in Banská Bystrica owns an extensive collection of works of an archival and nature of the neo-avant-garde artist of the 1960s generation Stano Filko. The format of permanent exhibition from this collection HYDROZOA is not conceived traditionally – as a closed and finished exposure, but is of a variable nature according to the changing gallery program. In Central Slovak Gallery, it is implemented by invited authors, who critically reconsider Filko’s radical concepts and update his legacy for the present in autonomous art projects. The program, the aim of which is not commodification, but the dissemination of knowledge about Filko’s monumental work, was made available to the public by the introductory part in 2017.

The fifth part of the HYDROZOA project in the author’s concept of the artist Petra Feriancová is a vast sculptural object – specifically designed six hundred liter ionic aquarium. Rhombic form is one of the iconic and revolt moments of Filko’s iconography. Filko has been using it as a diagram representation of the biological nature of the physical world – not only in a popular, accessible way, but also subversively sexistically. In his colorful psychophilosophical system, he expressed the world by magmatic orange and red colour. Feriancová conceptualized this popular schematization of the mother’s bowels in the classical poetic-epic Aristotelian tradition; and in search of Lacan’s unspeakable, unrepresentable of the Real authentic reality, she shifted it to the prospective posthuman perspective of the era after nature, where nature no longer exists outside of humankind.

Abstracted rhombic shape of the glass aquarium with water and a mirror “anatomical” partition in the middle animates the choreography of water beings located here as the so-called live readymade (see animal art). In the art gallery observable and adapted environment of tropical fish of the genus Apteronotus Albifrons (black ghost knifefish) is being created here, defined by the image itself. Under unregulated natural circumstances, these are nocturnal, rather difficult to observe animals which search for densely overgrown streams of the Amazon basin full of hiding-places in their habitats. Fish called Black ghosts are also famous for their physical qualities, which include surprising rolling on the sides or ethereal drawing while moving the pleated fin along the length of the lower body; other anatomical peculiarities include their orientation in space or e.g. when fishing for invertebrates and small fish using echo (in a weak electric field they transmit 3-10 V discharges and sense them through reflected pulses).

We are looking forward to your visit!

Supported from public resources by Slovak Arts Council. The founder of the Central Slovak Gallery is the Banská Bystrica Self-Governing Region. 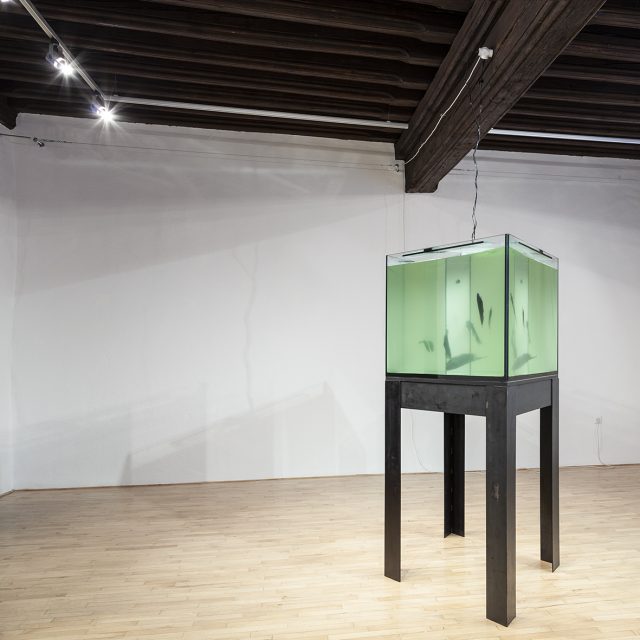 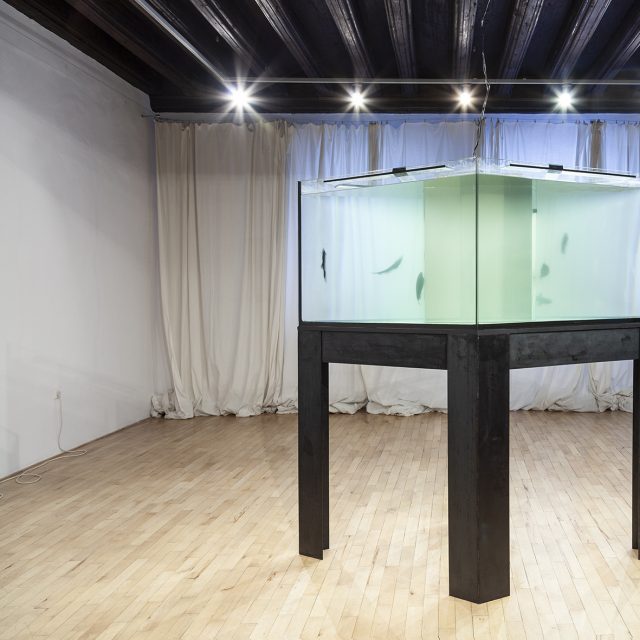 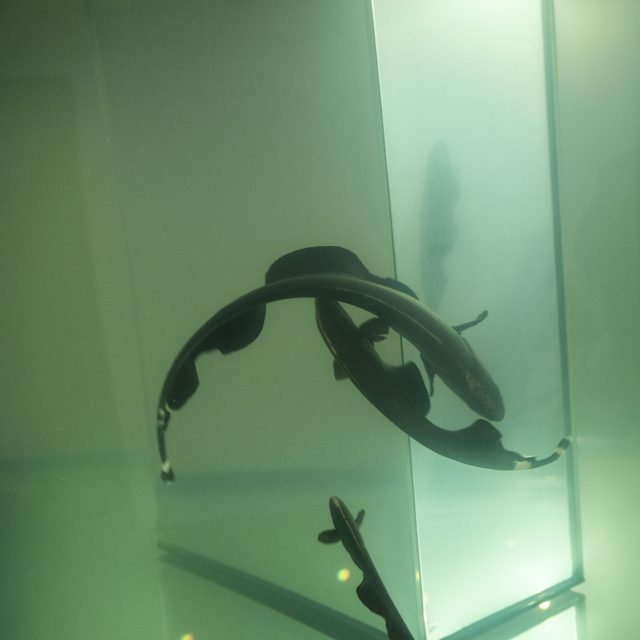 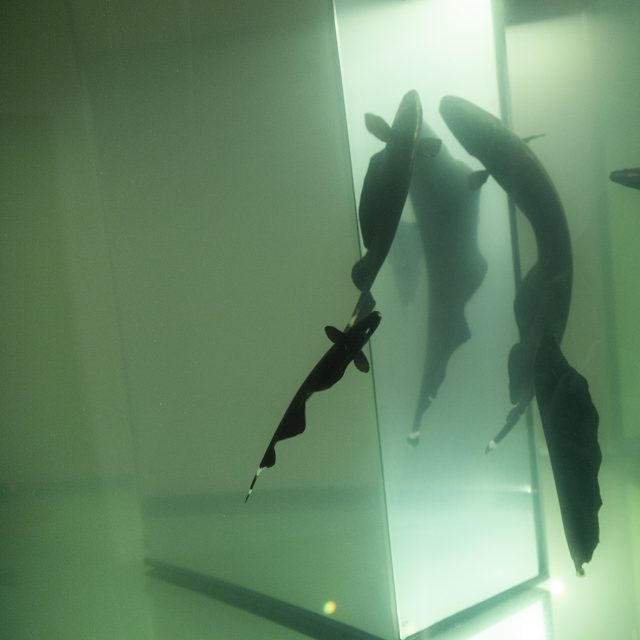 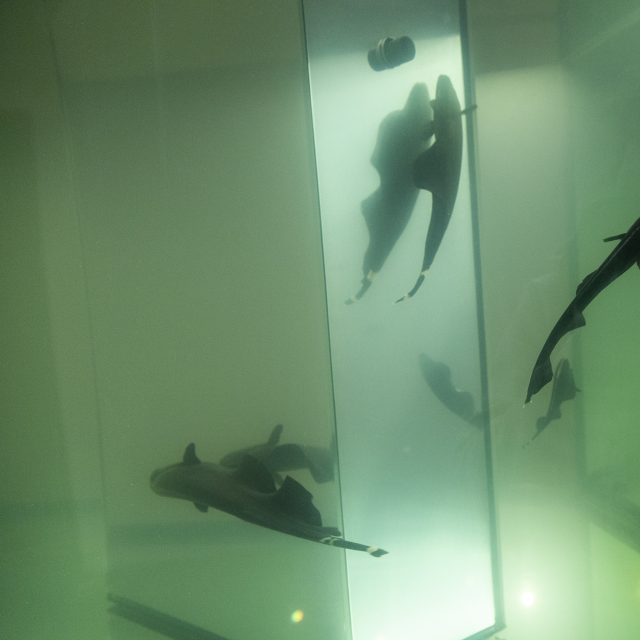 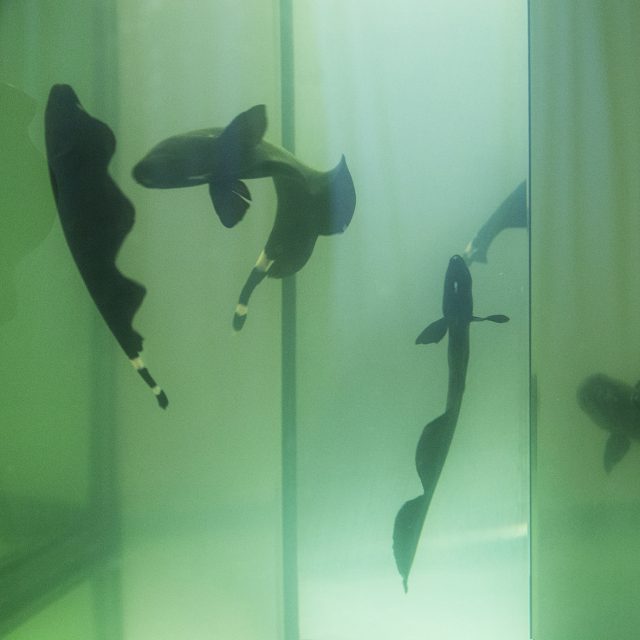 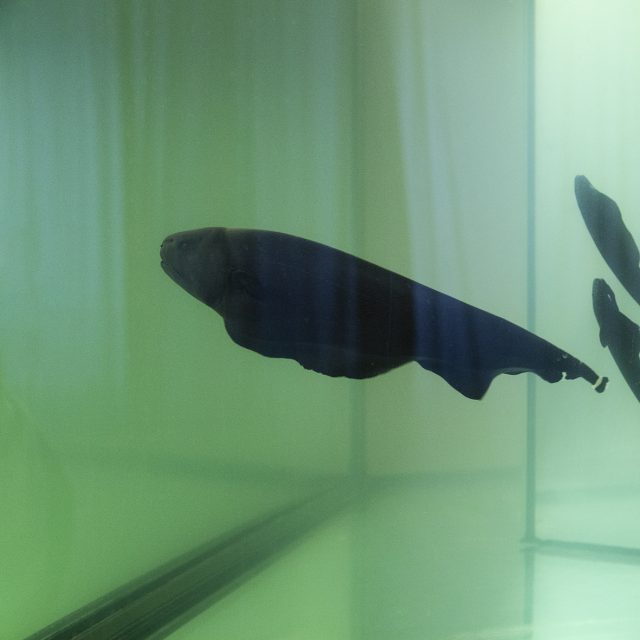