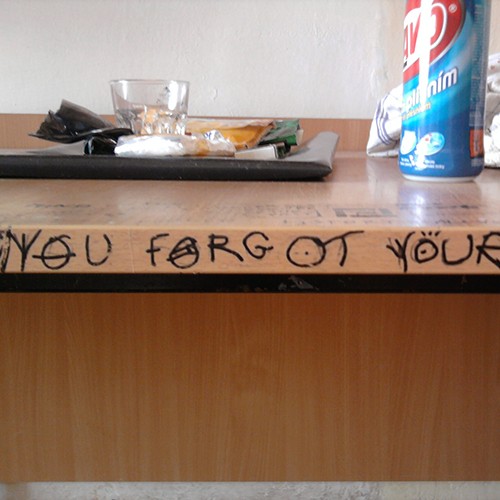 Exhibition New Reality. Human, too human is a follow-up to the exhibition New Reality. I am the lost sense and found feeling(Krokus Gallery Bratislava 2016) and New Reality. Without any evidence (Central Slovakian Gallery in Banská Bystrica 2016), which introduced the youngest generation of artists from Košice within the framework of what the British curator Charles Esche called an emotional turnaround. In the era of the post-internet art extending to traditional areas of painting and sculpture they give new physical form to the virtual world, often through “poor” materials; and then they ask about superreality of newly born objects which opens questions of new spirituality. Current exhibition New Reality. Human, too human, introduces works responding to the new emotional and institutional situation after the end of the academy.

Through a wider range of art strategies sensitive to new technologies and social media, authors, many without their own studio or other institutional anchoring, explore the motivation of their work through affectivity. They ideologically retreat from the forced creativity of the neoliberal world and they indirectly show how potentially destructive artistic energy is neutralized in the system of neoliberal artistic project work and institutional practice. Presented works are often about performative emotional exploration of individual body representations as places of confrontation and (spiritual) events.

Shortly after his graduation from the Academy of Arts and without his own studio Adam Macko transforms this energy into an effort to find an immediate relationship to himself and to what remains of the creation immediately after leaving the academic medium of painting. Two months of limited food intake and excessive workload were in the words of the author, “an effort to push his life into this situation and concentrate on it.” A series of worksheets titled Afterhuman separated from post-modern debates about the post-human world, in which change / transgression / transformation is always required as a result of non-acceptance, frustration, coercion, or a standardof full-fledged life, and at the same time it is framed by prepared images and ideologically safe.

Ingrid Kepková collages standardized images and knowledge of mental illness together with cultural images with poetic fragments, reflection of her work and performance-like recordings of her personal situation in exemplary didactic aesthetics. Comparative medical records of her brain and the brain of a healthy individual she further processed using traditional graphic techniques.

Lavra is a name given by a man to a woman. It is also a pseudonym that was born with the artist 12 years ago when he began painting. Lavra is a contemporary muse, sexual desire, continuous loss, border, obsession and frustration. Lavra is an exploration of what may be a desire in the context of the neoliberal world with a myth of satisfaction and a therapeutic rewriting of the right to happiness. In the strong yearning to violate the virgin surface, the work of Peter Maščák is reminiscent of messages in public restrooms, they are full of emotional strength, but surprisingly also of intellectual maturity.

Forced creativity, which results in procrastination, has become the theme for Paul Melkor Červeniak. His playful projects began with a marketing package for the current artist titled Art for Every Man (2014) and continued with a series of performances named Procrastinate Art (2015), in which the artist created abstract art by using DIY prostheses that he attached to his hands while playing a computer game. In his project titled Art as a weapon (2015), the artist personifies a mythical hero of the ARThurian legend, who fights against and for the canvases with his DIY weapons. In his current installation he continues in his shamanic training, in his work Personal Moses a screensaver and a mouse pad have become a site of transfer of spiritual messages.

In his sound and musical performance Martin Koniar uses tools he creates from found objects. In the current audio and light object he combines the Christian ritual tradition, the use of Gothic elements in the subculture and the noise music. His work is a part of a broader concept of criticism of global culture and the loss of the ritual function of music.

Štefan Bačinský’s work The Gods in the World of Insect is a psychedelic allegorical picture in which he combines elements of baroque image construction with the environment of video games. It develops the mythology of relationships, blends organic animal motifs and figural elements. Connections are intuitive; they visualize inner movements and instincts. 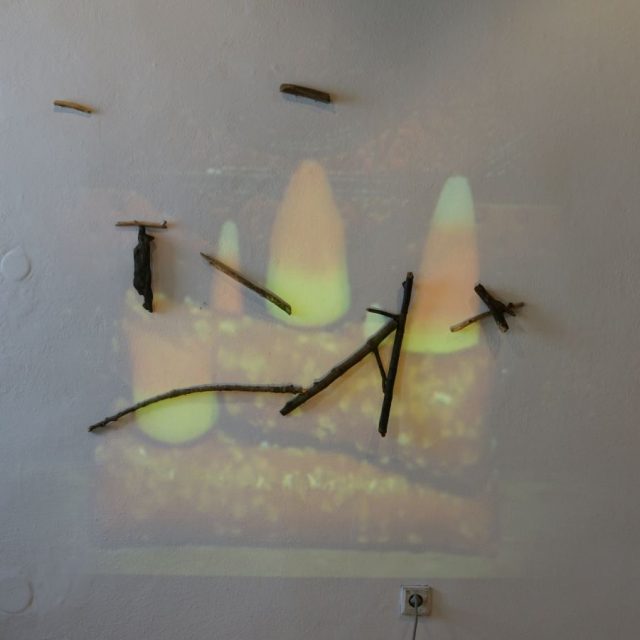 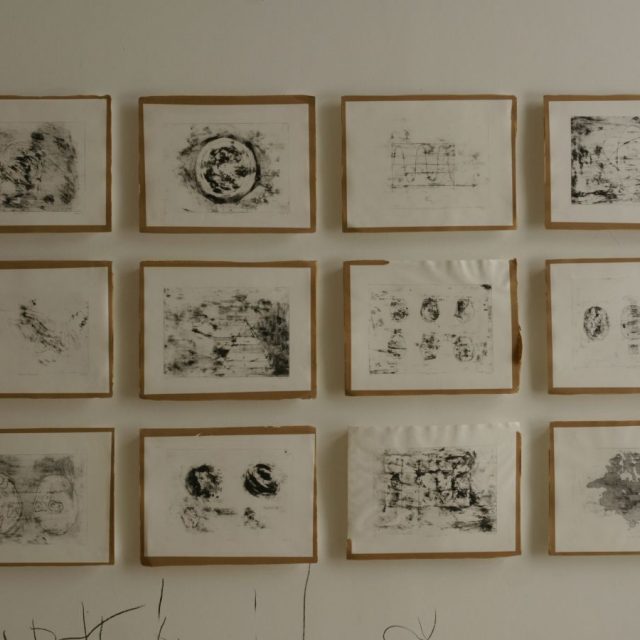 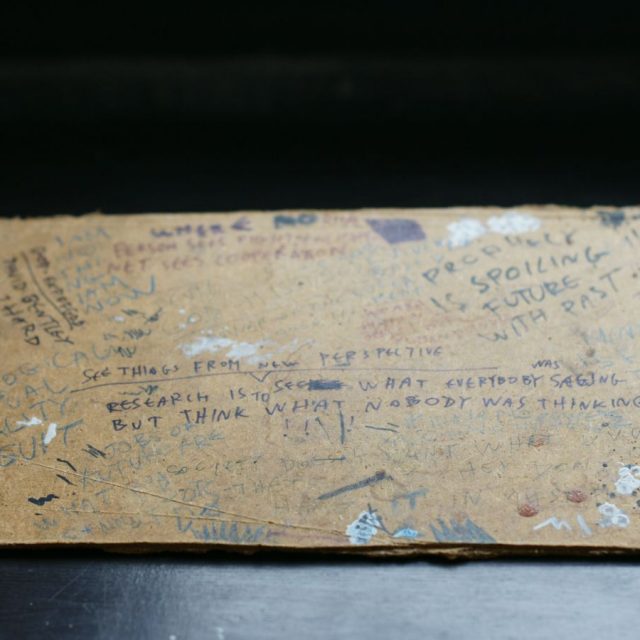 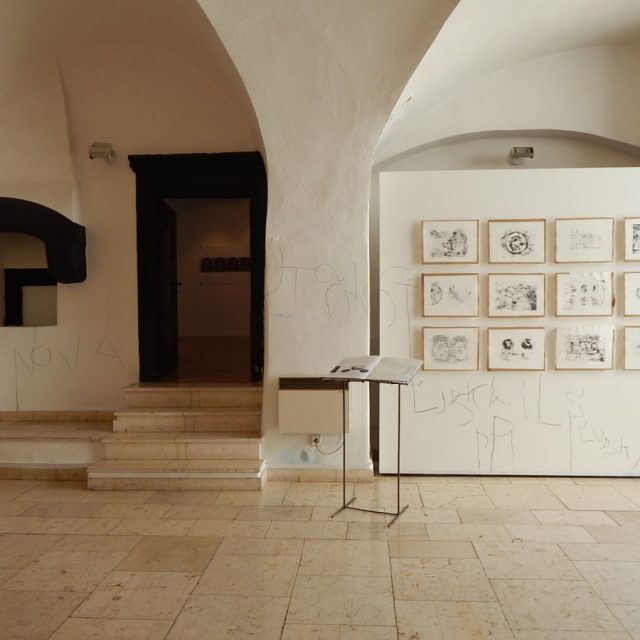 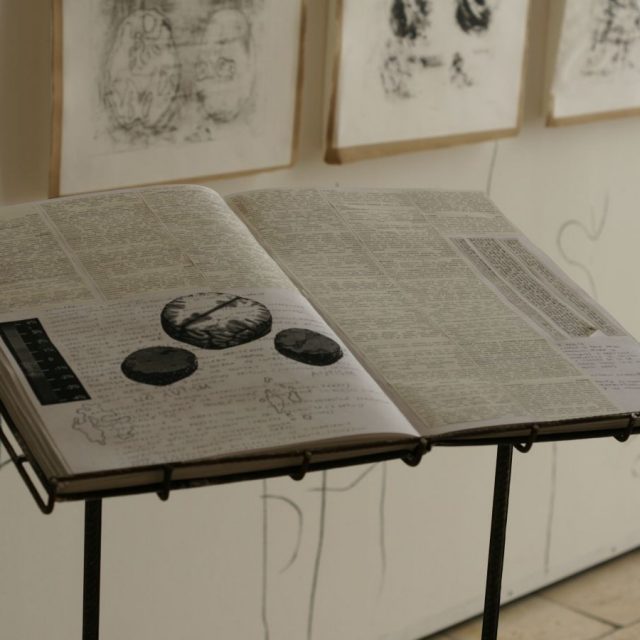 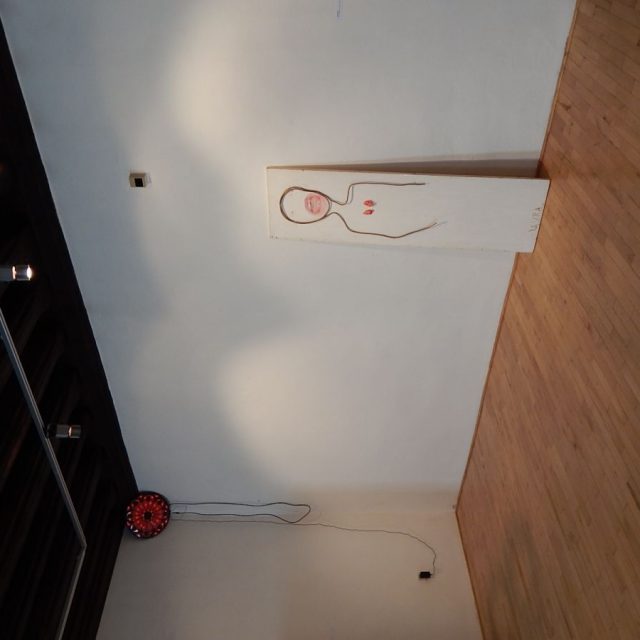 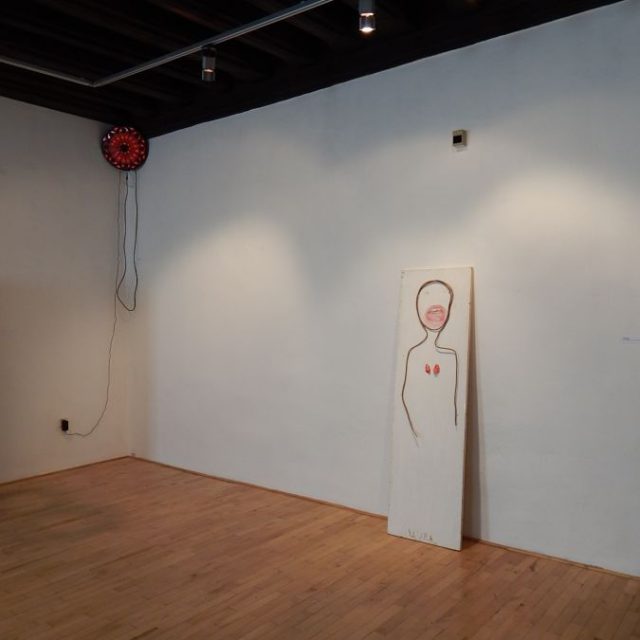