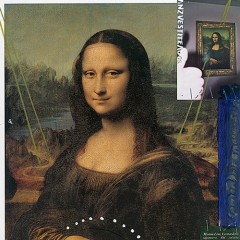 Stano Filko is a Slovak neo avant-garde artist of the 1960s, known especially for the creation of total installations and environments. His best-known projects include Happsoc – readymade events realized since the 1960s (first event was created in cooperation with Alex Mlynarčik and Zita Kostrová), and transcendental environment White Space in a White Space since the 1970s (originally with Miloš Laky and Jan Zavarský). In 2015, the Central Slovakian Gallery made an extensive acquisition of more than 700 Filko’s works. This is a collection of small objects and works made on paper, which has nature of artistic archive with research potential. It contains autonomous works as well as documentation of Filko’s exhibition projects and many non-existent or continuously reprocessed works of art or works explaining the development of his unique ideological color system that he created to depict his holistic concept of the world. Retrospective exhibition of Stano Filko prepared from this collection and entitled P O S T B I G B A N G S F A N T E B G A G B A F S took place in the Praetorium building of the Central Slovakian Gallery from February 21 until April 30, 2017. The new format of Filko’s permanent exposition (dramaturgy and curated by Mira Keratová), unlimited duration and uncertain nature of which is demonstrated by splitting the program into time periods (individual temporary exhibitions, authorial projects, interventions, etc.) – is made available to the public in Bethlen’s House of CSG from November 28, 2017. The concept of exposition is set in the context of institutional criticism, which has since the 1960s critically commented on ideologies and power structures influencing the circulation of art, exhibition politics, and art debates at the institutional level. As part of the long-term Hydrozoa exhibition project (so-called hydroids – ancient animals, among which some biologically immortal types of jellyfish are included), a program of curatorial and authorial exhibitions will be made available to the public in cooperation with invited guests, who will respond to the collection of Stano Filko’s works in CSG. Public art collection institutions are nowadays a frequent coronation site for artists as commercial celebrities or stars, usually framed within retrospective exhibitions. Museums and galleries are rarely experimental platforms, they are becoming places of luxury design productions with a well-structured program for the public – often quenched by the great provocative ideas so that they can withstand the mainstream without being too confrontational yet easily “digested”, especially by the middle class target audience. Art institutions and public collections are determined by art market requirements and consumer mechanisms; investment strategies are affected by the overall commodification and monetarization of the art world. These circumstances influence not only artistic production but also its representation. In a call to reformation or, alternatively, to regeneration of art institutions and re-evaluation of the political and economic aspects of their functioning, the Central Slovakian Gallery offers an iconoclastic format of the Stano Filko’s exposition entitled Hydrozoa, focused not on the marketing value of the work, but in the spirit of Filko’s legacy, on the spread of knowledge and reduction of the role of art object.

Stano Filko was born on June 15 in 1937 (him dating June 13 or 14, 1937) in Veľká Hradná near Trenčín. According to his own testimony, he survived two clinical deaths in the years 1945 and 1952 after falling into the quarry and following the electric shock that he referred to in his works. From 1956 to 1959 he studied at the Secondary School of Art Design in Bratislava. From 1960 to 1965 he studied at the Academy of Fine Arts in Bratislava in the studio of monumental painting at prof. Dezider Milly and Peter Matejka. Between 1964 and 1965, he created the installation of Altars of the Present (exhibited in the Gallery at Charles Square in Prague, 1967, as part of Dwelling of the Present and Reality), readymade event Happsoc, Bratislava from May 2 to 8, 1965 with Alex Mlynárčik and Zita Kostrová. In the same year, there followed Happsoc II, Bratislava, Czechoslovakia, 7 Days of Creation. In 1973 he created the White Space Project (White Space in a White Space, Brno House of Arts, 1974) with Miloš Laky and Jan Zavarský. In 1981 he emigrated to Germany and lived mostly in Düsseldorf. In 1982 he exhibited at Documents 7 in Kassel, among others also photographs of the Transcendention cycle and a white Škoda car he had previously driven when moving from socialist Czechoslovakia. Since 1982 he had lived in New York and devoted his time to neo-expressive painting. In 1990 he returned to Slovakia. He began repairing his studio on Snežienkova street in Bratislava under the Kamzík hill, where he created unique architectural space in the spirit of his psycho-philosophical system, which he had long been working on since then. In 2005, he exhibited in the Czechoslovak pavilion at the Venice Biennial, together with Jan Mančuško and Boris Ondreička. He realized several authorial exhibitions and participated in many collective exhibitions around the world. He died in 2015 in Bratislava.