The joint exhibition of Rudolf Sikora and Vladimír Havlík is a space for the confrontation of
two paths that can lead to the same worldview. While Sikora&#39;s objectifying strategy touches
upon the position of the individual in the cosmos, Vladimír Havlík, in contrast, turns to
communal relations built on the basis of non-spectacular gestures. For both artists, the
common themes are the relationship of humans to nature and each other, to responsibility, to
the world and the cosmos, and to the construction of a utopian overlap in an attempt to define
our thinking about the present towards a desired future.
At the beginning of a famous televised debate between two great philosophers of the 20 th
century, the moderator said that the two speakers were like climbers climbing the same
mountain at the same moment, but each from the opposite side. Although the exhibiting artists
are separated by a different generation and different ideas in experiencing the world together
and co-creating it through two strategies: the &quot;big&quot; Sikora&#39;s view from above and Havlik&#39;s
observation of small shifts in our relationships. The exhibition associatively reconstructs our
experience and relationship to the world on the axis between the macrocosm and the
microcosm.
In five thematic blocks we gradually reconstruct human consciousness in the broadest
framework on the axis between the macrocosm of the universe and the microcosm of nature.
In the first part of the exhibition we address duration as a universal constant, in which we
associate our position as an individual being a unique point. In the second section we let this
point cluster into a community, and in the following section we reflect the same point, which
in the meantime we have magnified by zooming in on a slice of the universe as a permanent
quantity. Finally, in the final section, we abstract this magnitude into the form of a utopia
which has become the constructed horizon of our consciousness.
As much as the main theme of the exhibition is the intertwining of two worldviews, in the
plane of reading them through the exhibited artworks, we are concerned with the relationship
towards documentary practices as important interpretive strategies that go beyond art itself.
An important quality of the exhibited works is their industrial reproducibility and serigraphy
or photography, which, as technical media, both have the capacity to testify to the
contemporary world and, at the same time, make it opaque and ambiguous.

We are looking forward to your visit!
The founder of the Central Slovak Gallery is the Banská Bystrica Self-Governing Region. 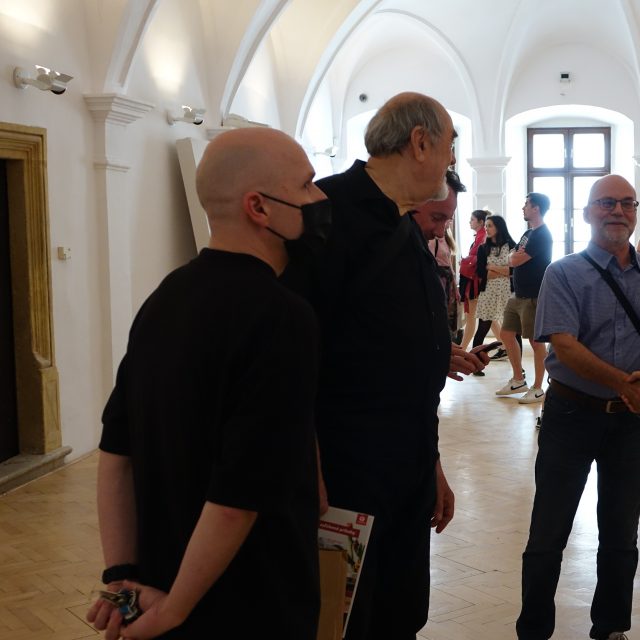 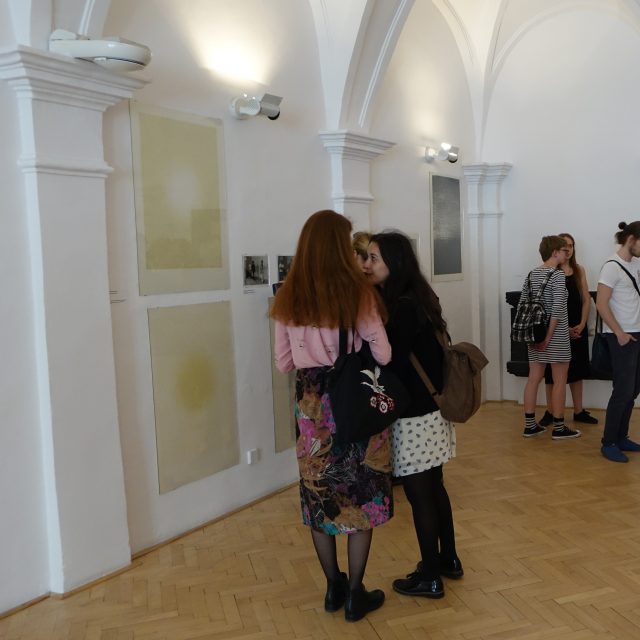 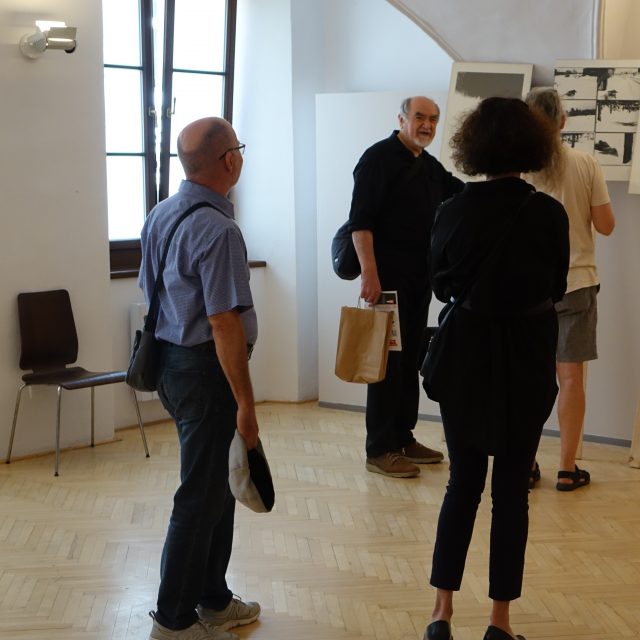 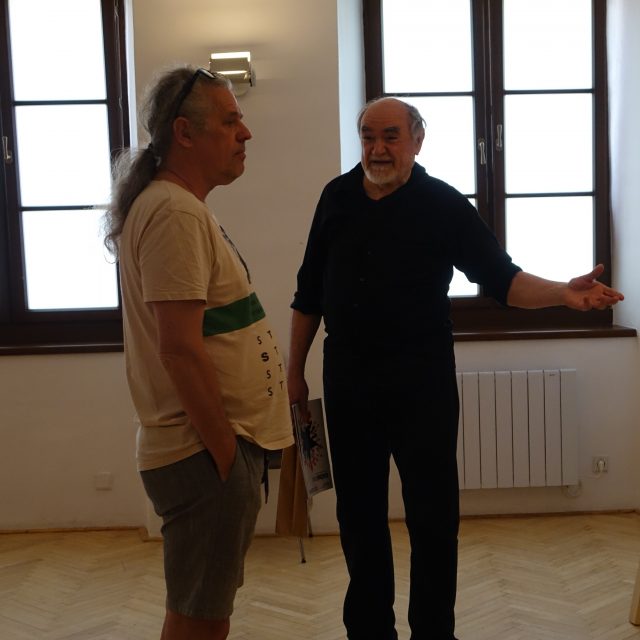 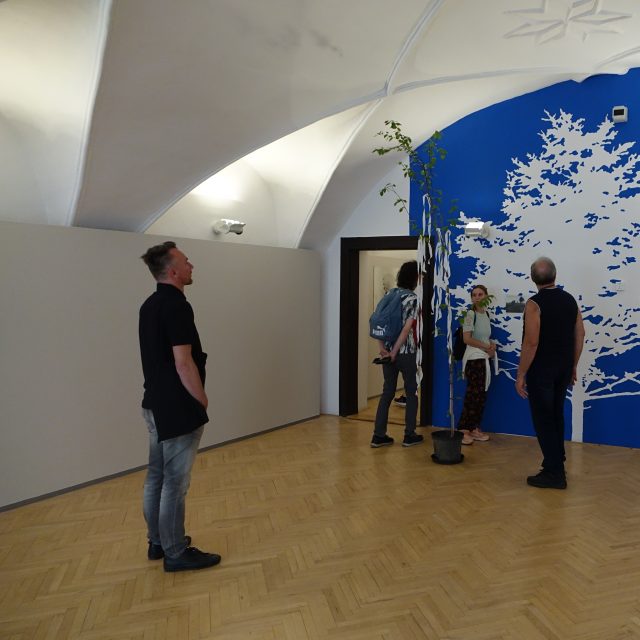 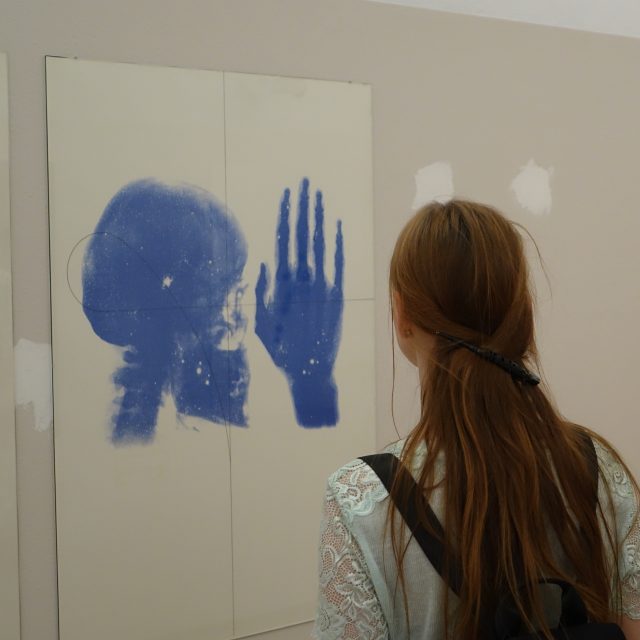 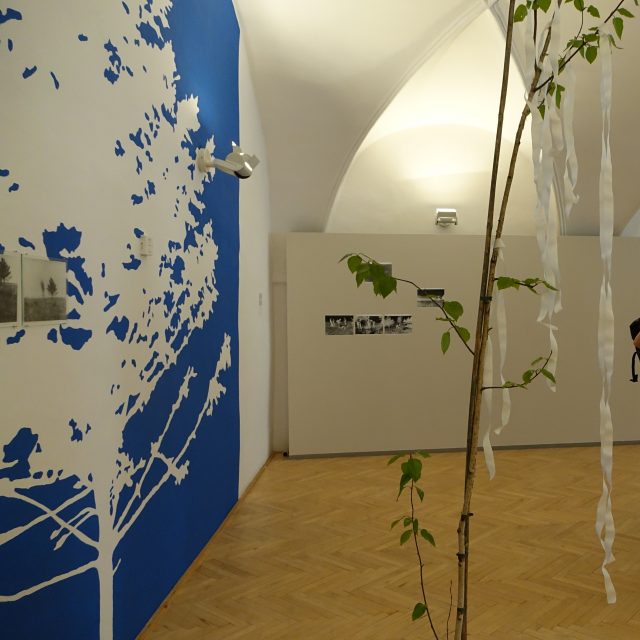 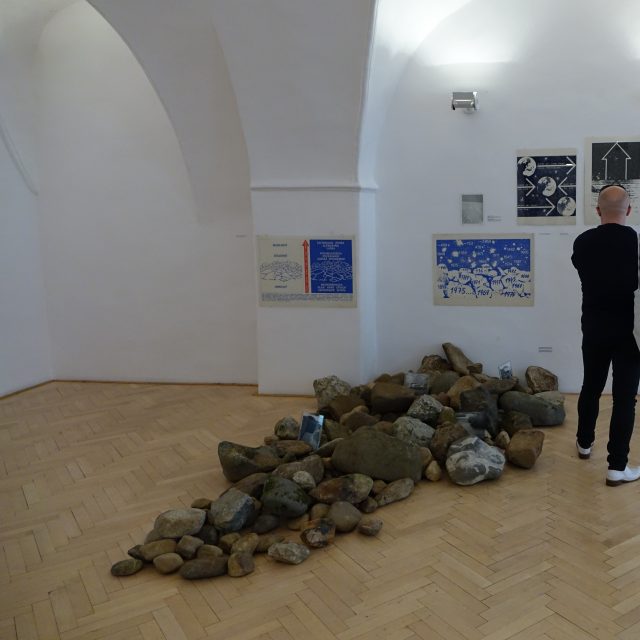 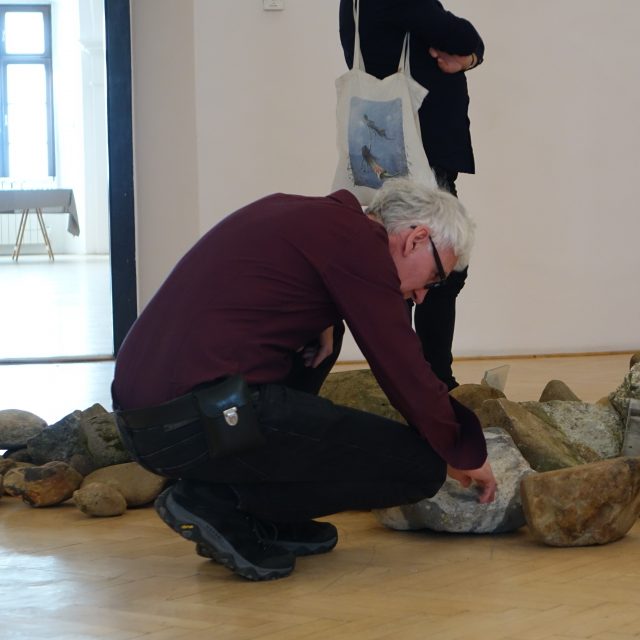 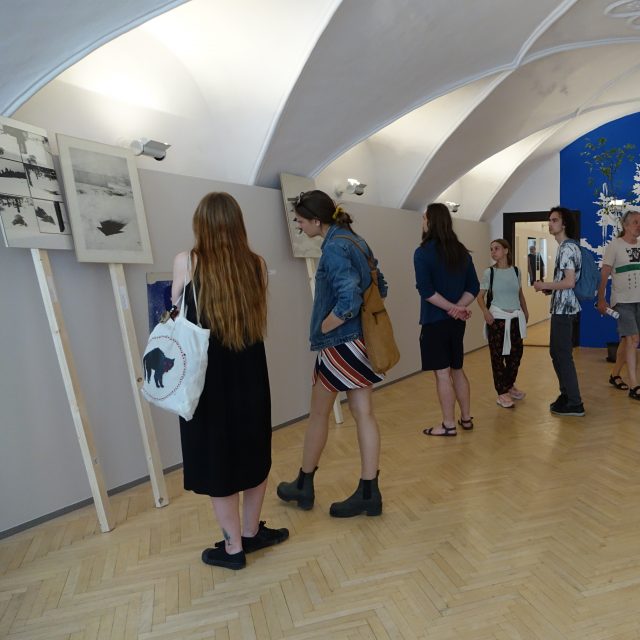 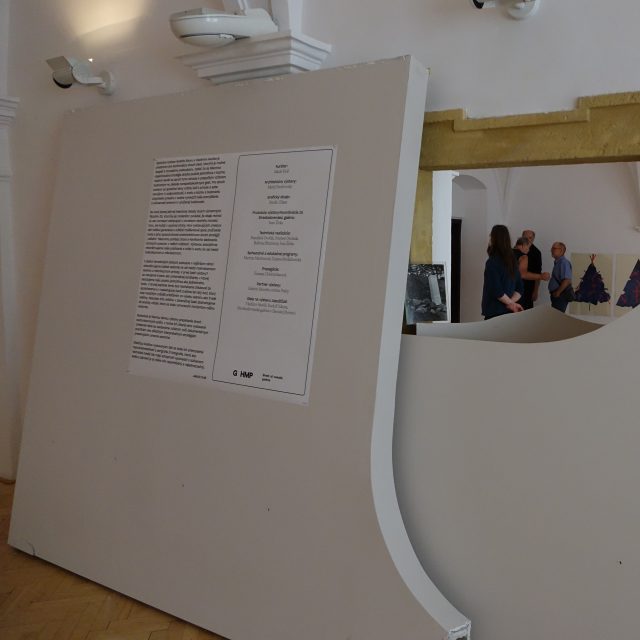 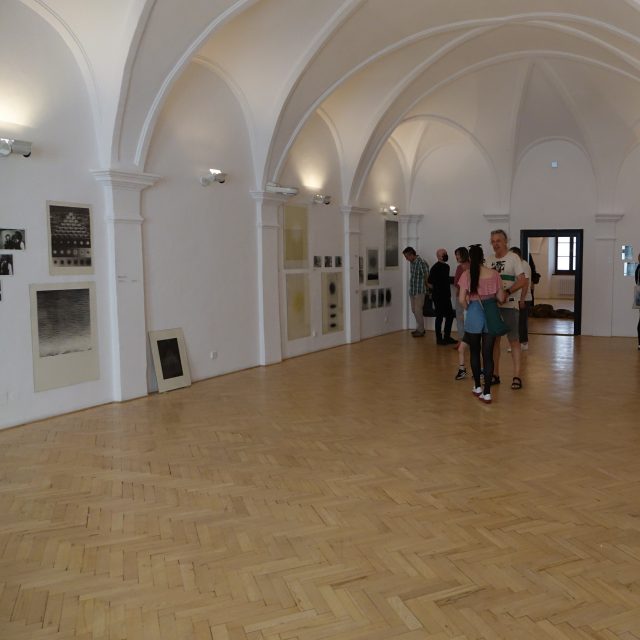 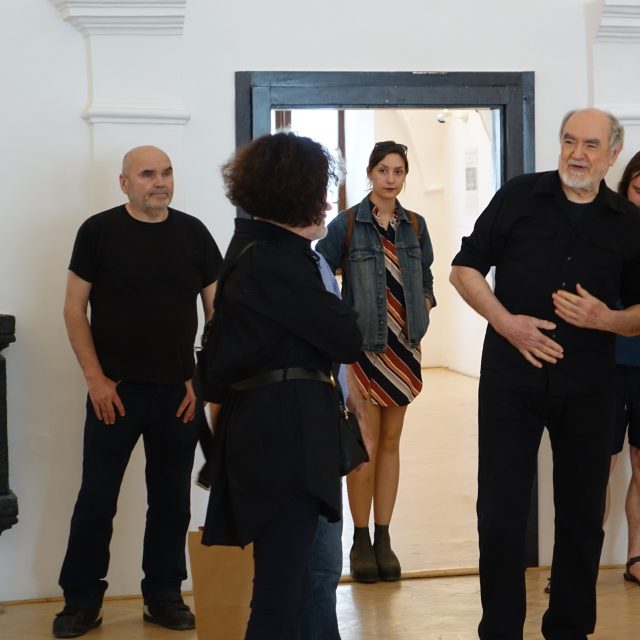 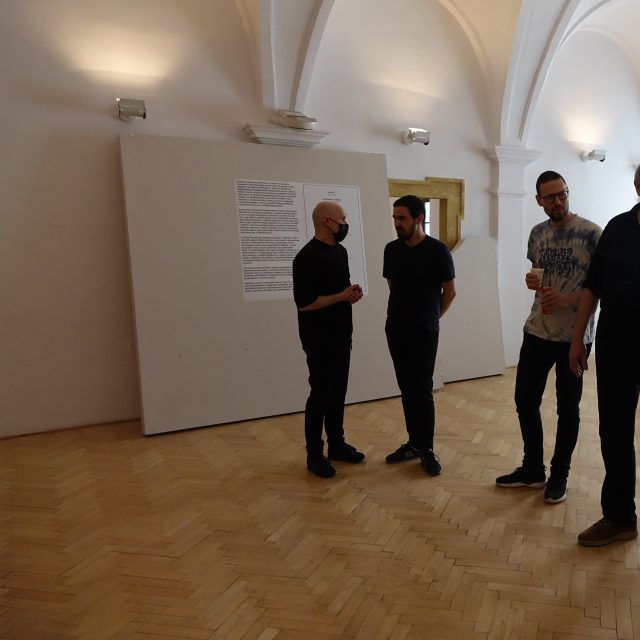 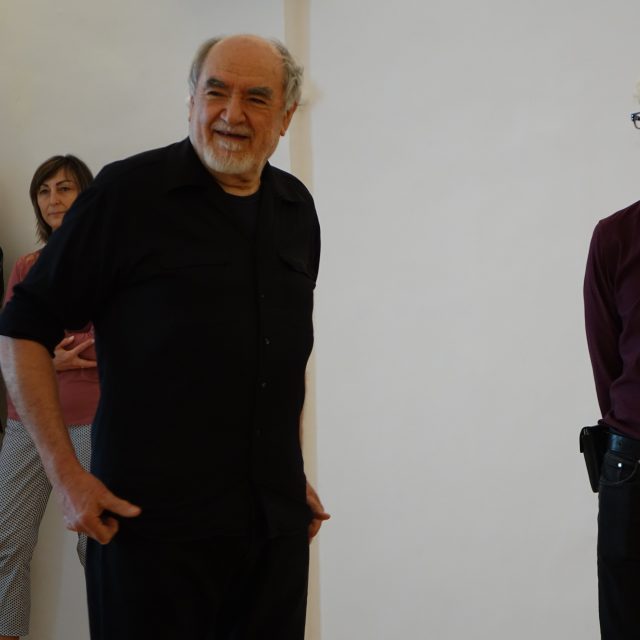 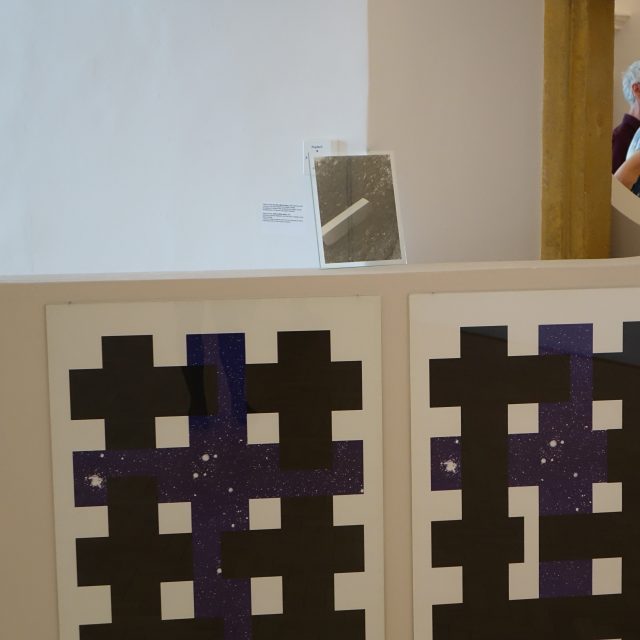