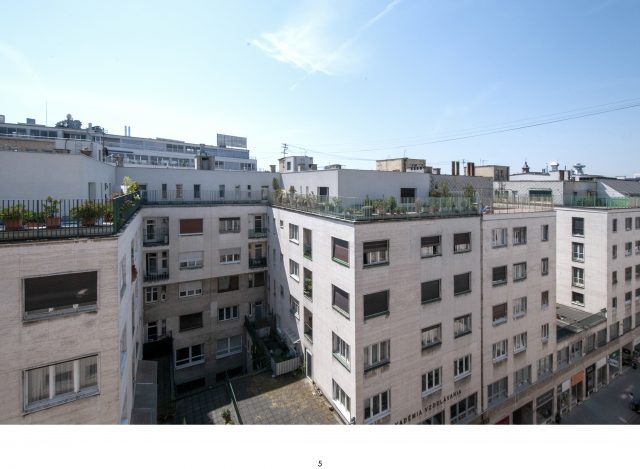 In the Dominik Skutecký's family villa will be presented the first solo exhibition of the interwar architect Alexander Skutecký (June 25th, 1883, Vienna – 1944 )
Villa of Dominik Skutezky

The Central Slovak Gallery in its Villa of Dominik Skutecký again enriches its visitors with new knowledge and experiences. The premiere of the exhibition of the second descendant of painter Dominik Skutecký – Alexander Skutecký, a successful architect of the first half of the 20th century, has been prepared for the visitors from September 10th to October 31st, 2019. From Dominik Skutecký’s four children, three were talented artists of different professions – unfortunately, the lives of all three were ended by the Holocaust.

Alexander Skutecký (Vienna, 25.6.1883 – 1944, surroundings of Banská Bystrica) lived in a family villa with a few breaks, but throughout his life he had affiliation to his home. In years 1901–1905 he studied architecture at the Royal Technical University in Budapest. Until 1914 he worked in Budapest as a successful author of café interiors and project architect of a new social phenomenon – cinema and their interiors. The exhibition will also present his unimplemented designs from these years, eg. competition designs for the National House (Národný dom) in Banská Bystrica in 1912, 1924 and 1925. In 1919 he returned home and eventually settled in Bratislava. Although his work in Bratislava is well known in the literature, its interpretation may change gradually. The main emphasis in the evaluation of the quality of his work was put on the then most modern style – functionalism (multifunctional building of two former insurance companies Assicurazione Generali and Moldavia Generali, Gorky Street n. 6-12, Bratislava and city villas in Bratislava).

However, the earlier creation of community buildings from the early 1920s deserves the same attention. Today, after nearly a hundred years, it is possible and necessary to fully appreciate the transition period – from historicism and pseudo-modernism to modernity – especially when the work of the author is of a special search and quality (House of Egon Bondy, Štefánikova Street n. 14, Bratislava; Slovak Investment and Development Bank, Štúrova Street n. 5-7, Bratislava). In Bratislava he finished his activities with the construction of the Palace of Justice and in Košice with the multifunctional building of insurance company Assicurazione Generali Trieste. During World War II, he worked since 1942 with a presidential exception as a contractual technical officer of the construction department of the Slovak Railways in Spišská Nová Ves. After the outbreak of the Slovak National Uprising, he returned to Banská Bystrica and after its suppression went to the mountains. His name is nowhere to be found since then.

The exhibition is open to visitors from September 11th, 2019.

Supported from public sources by the Slovak Arts Council. The project was implemented thanks to the financial support of the Banská Bystrica self-governing region.

We are looking forward to your visit! 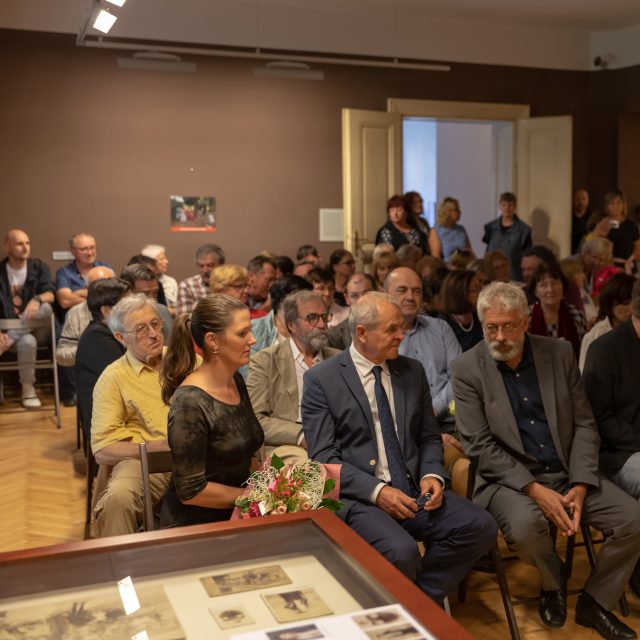 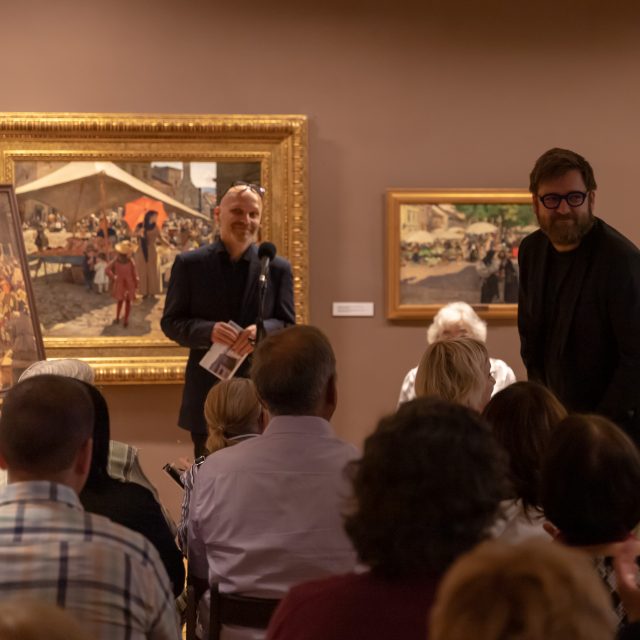 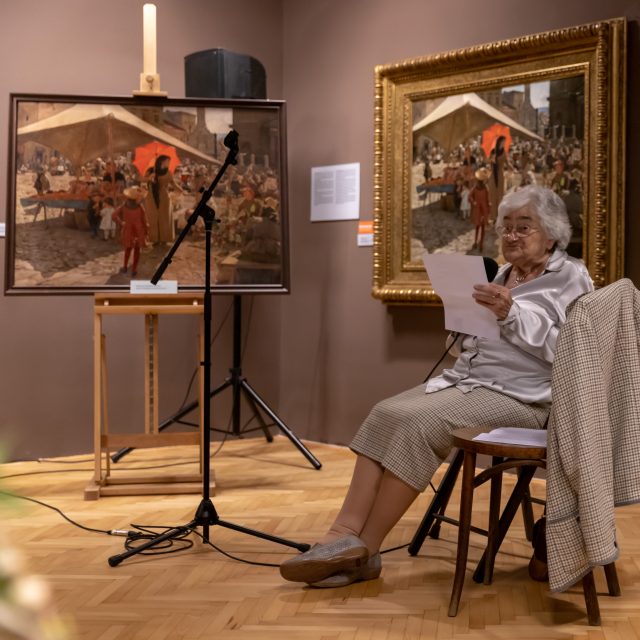 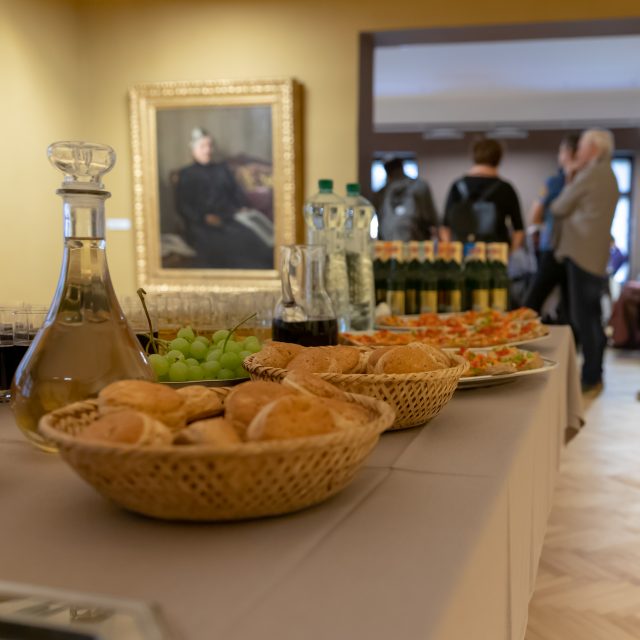 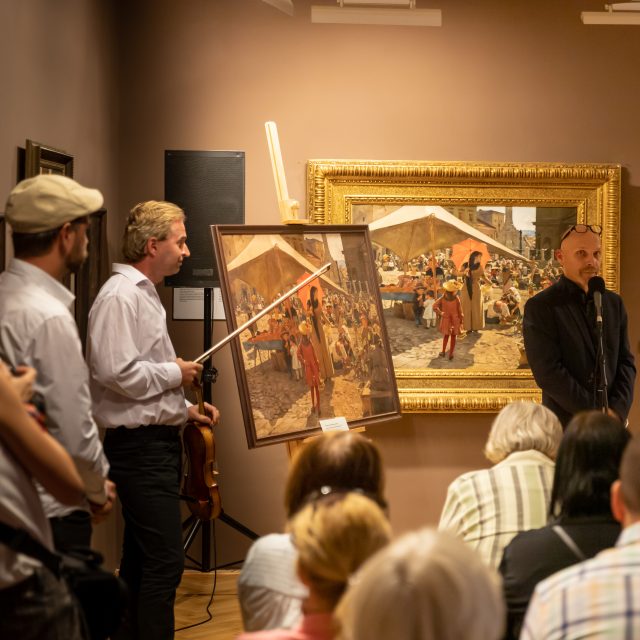 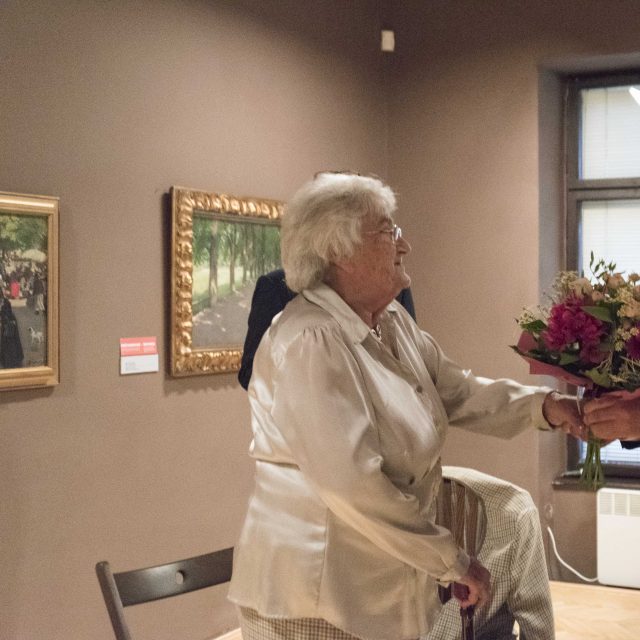 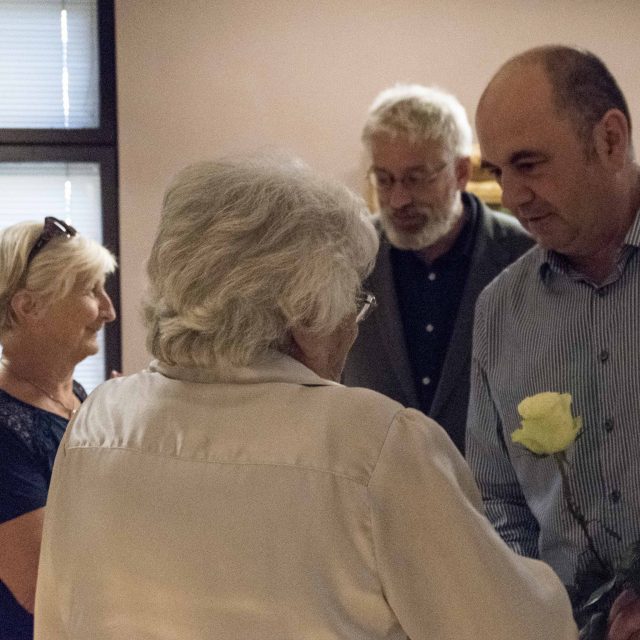 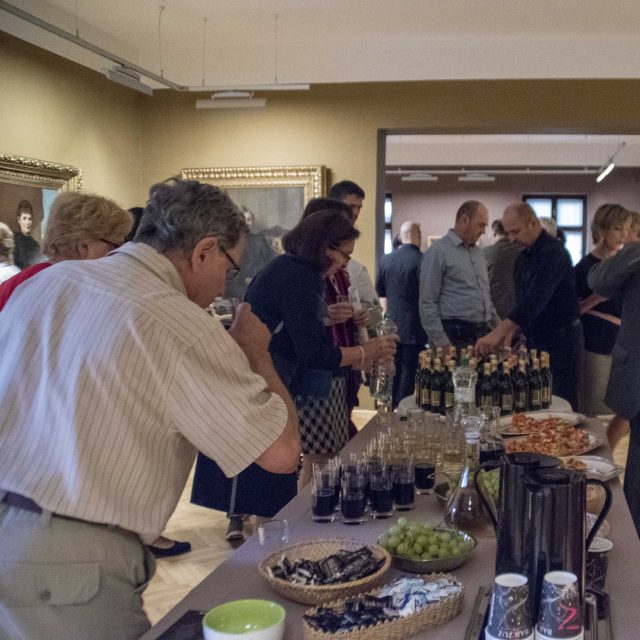 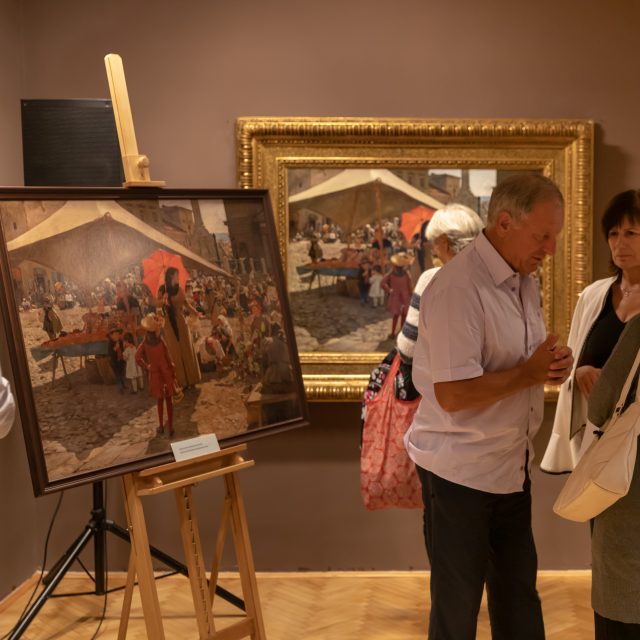 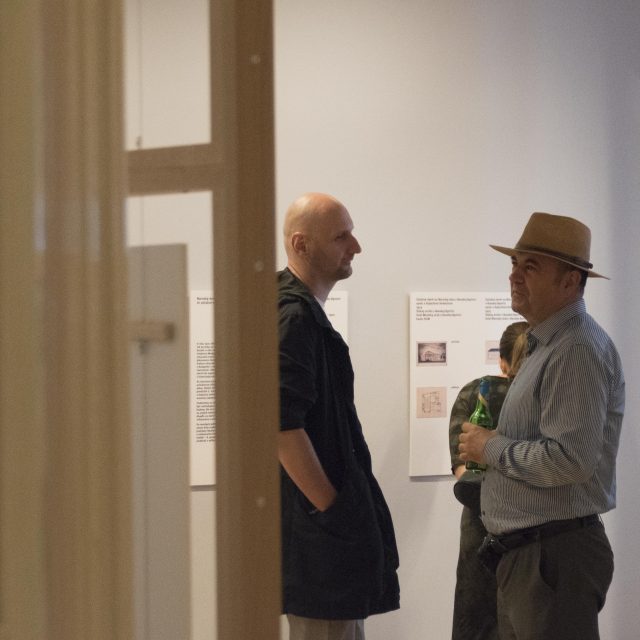 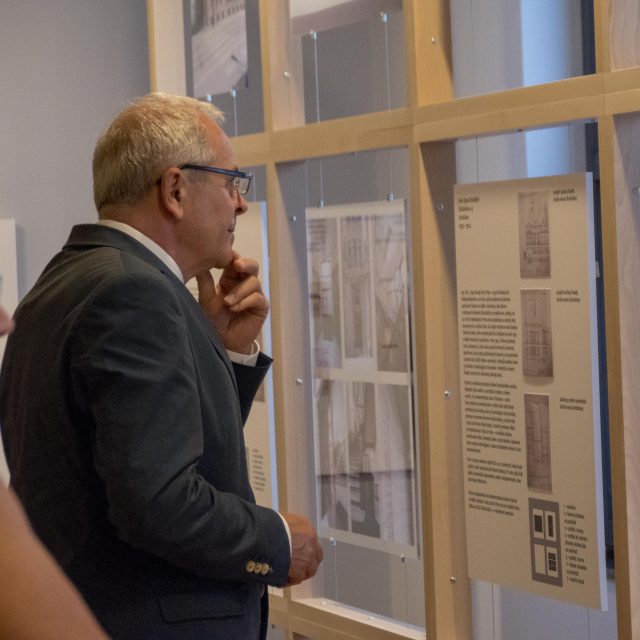 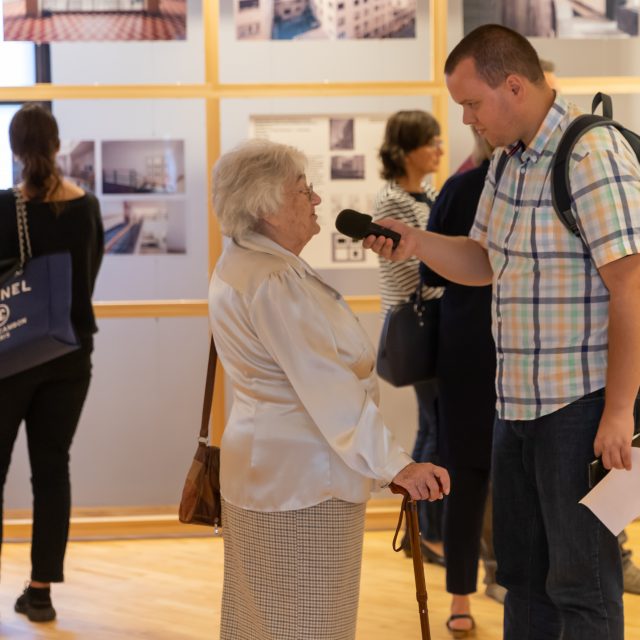 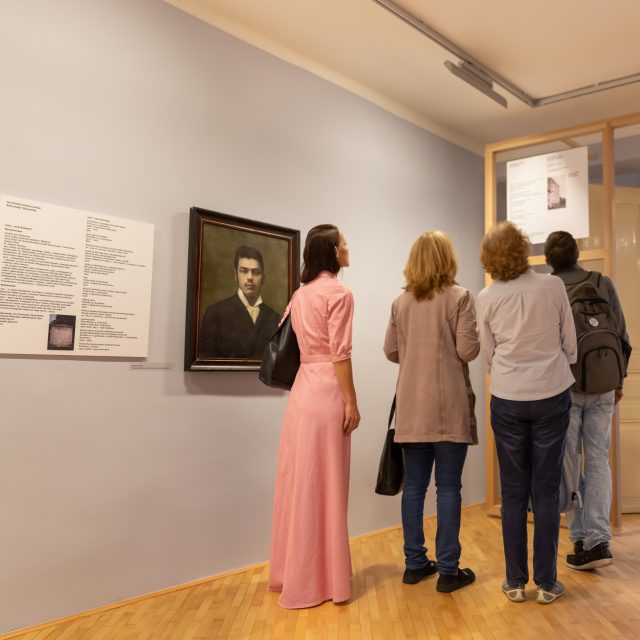 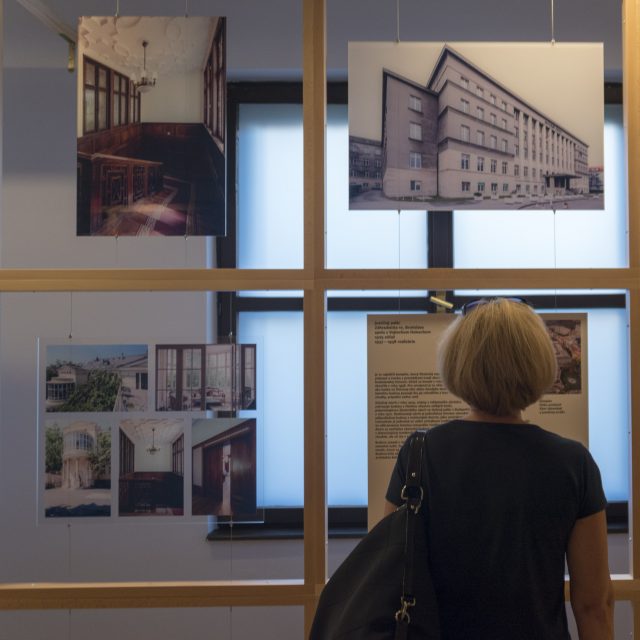 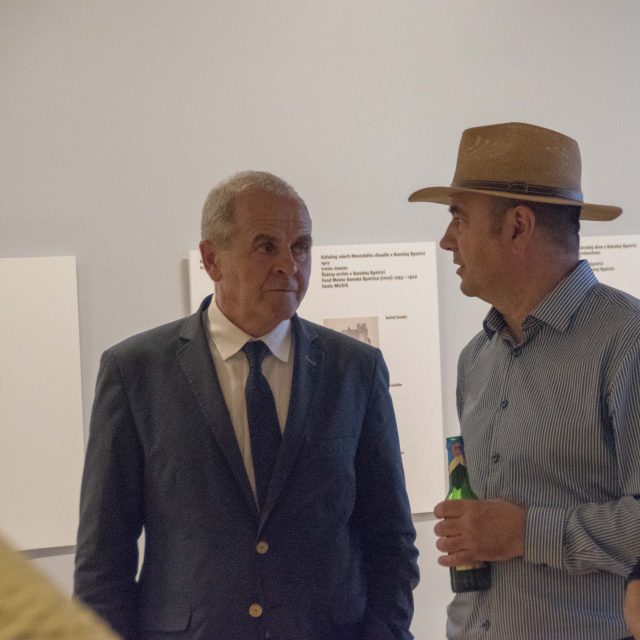 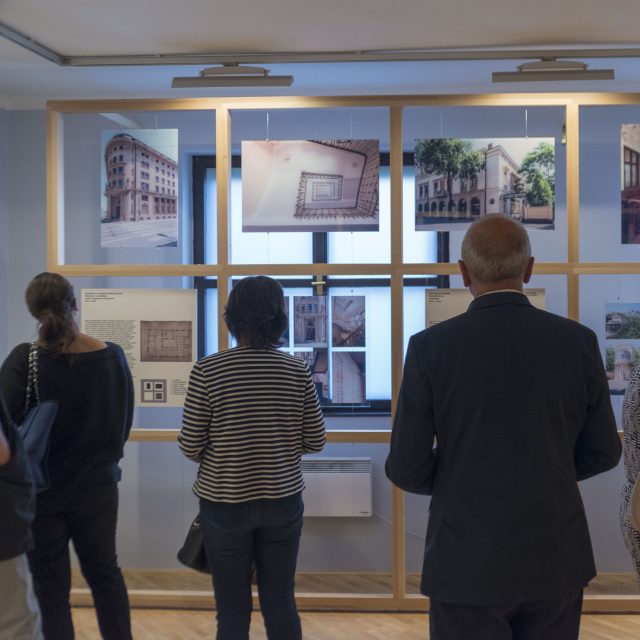 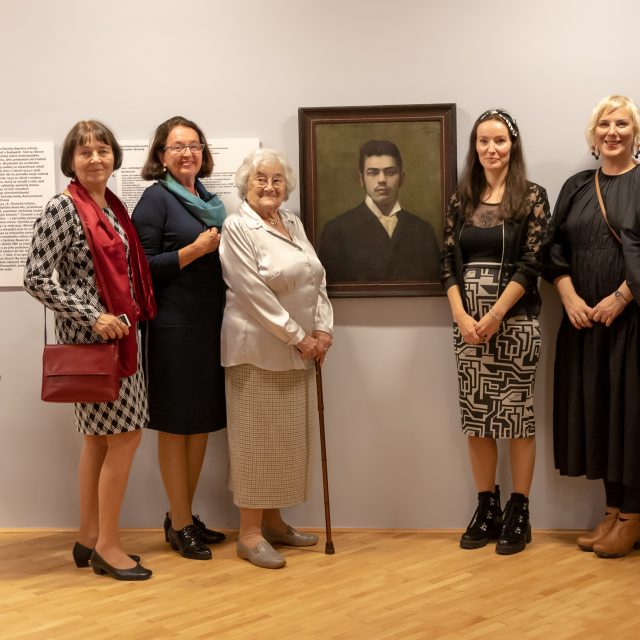 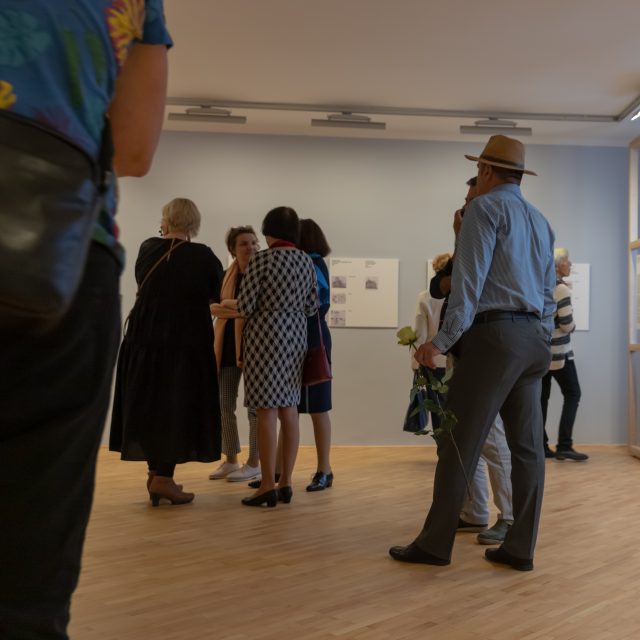 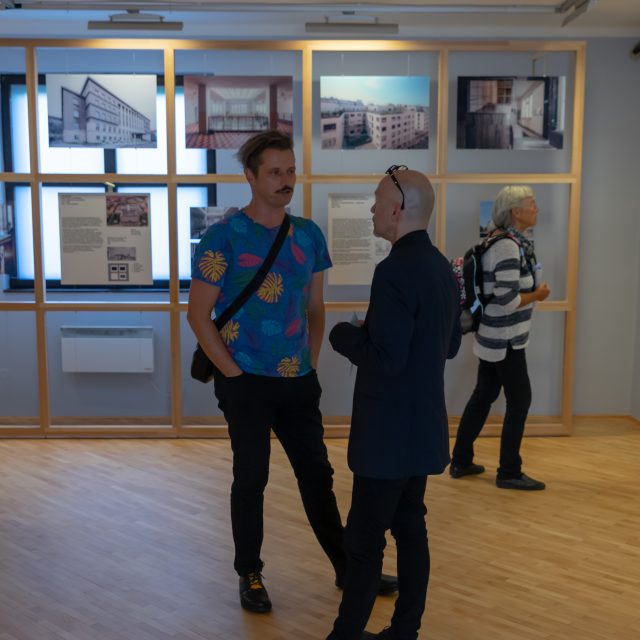 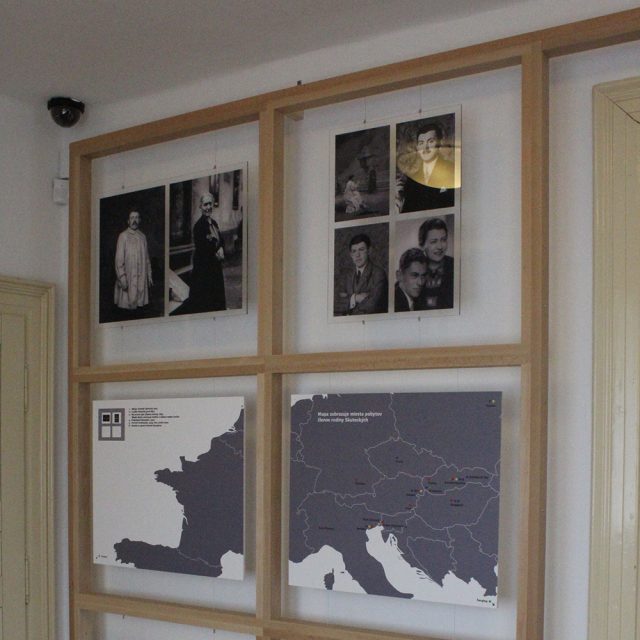 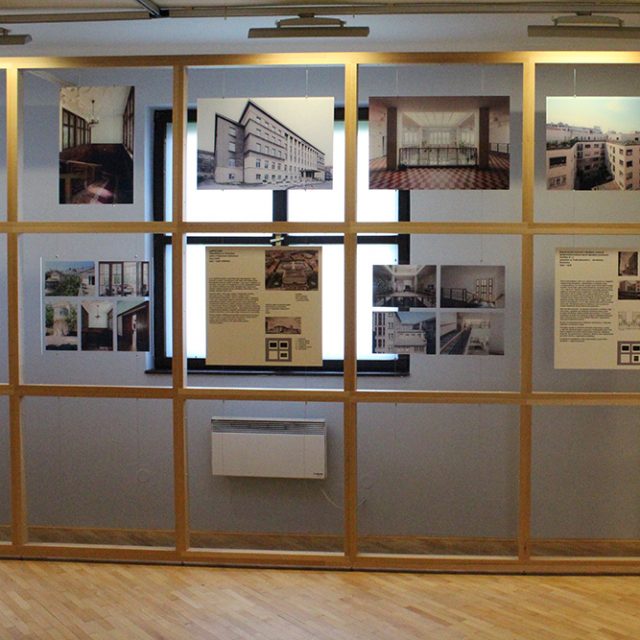 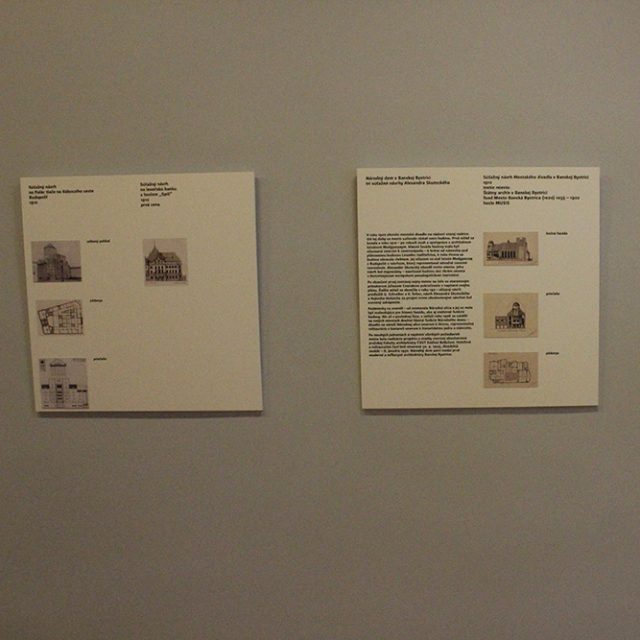 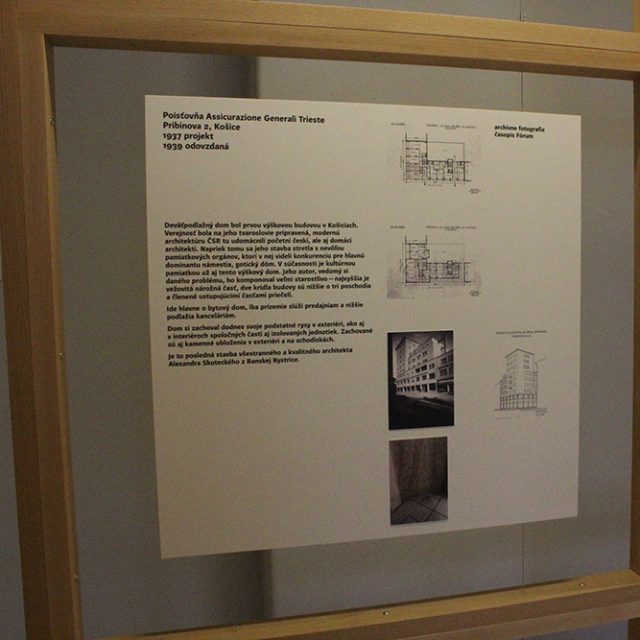 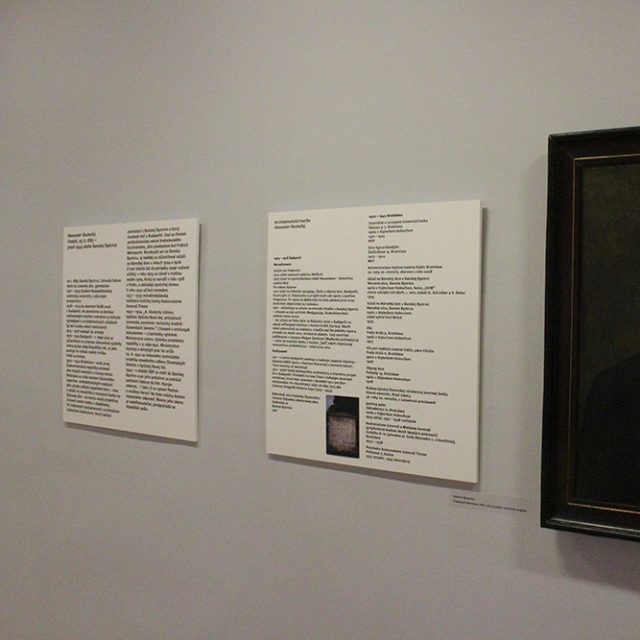 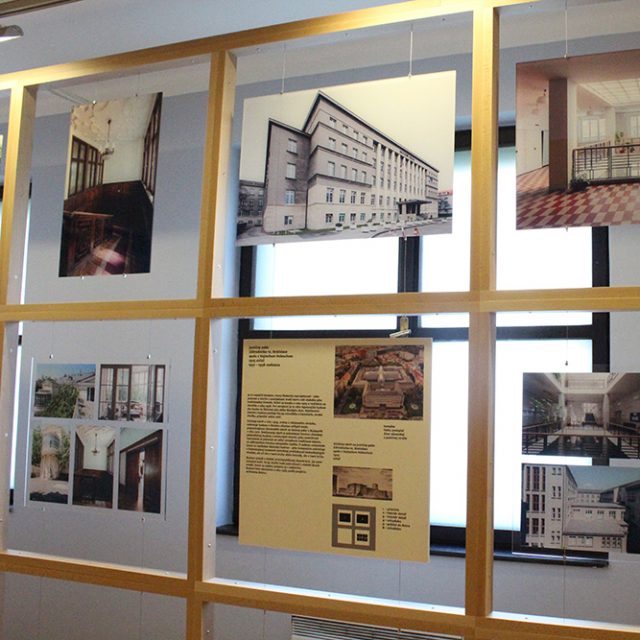 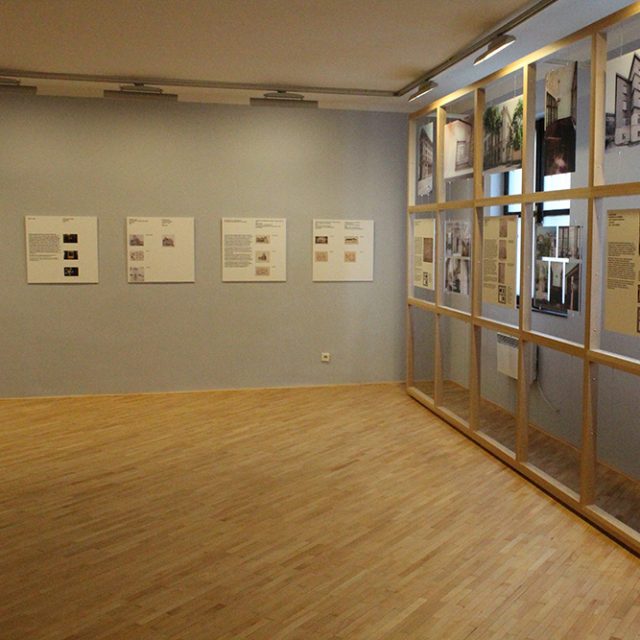 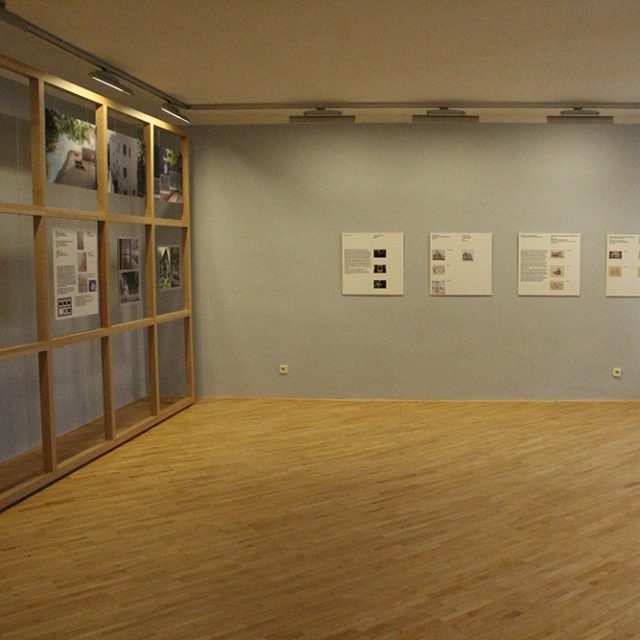 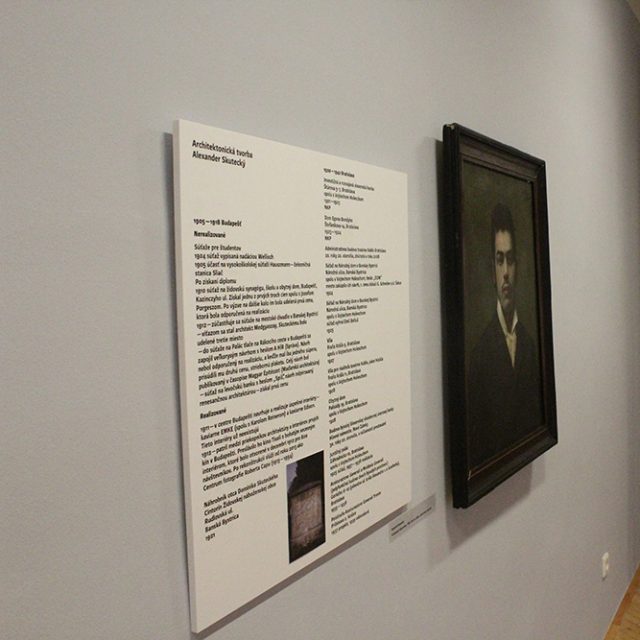 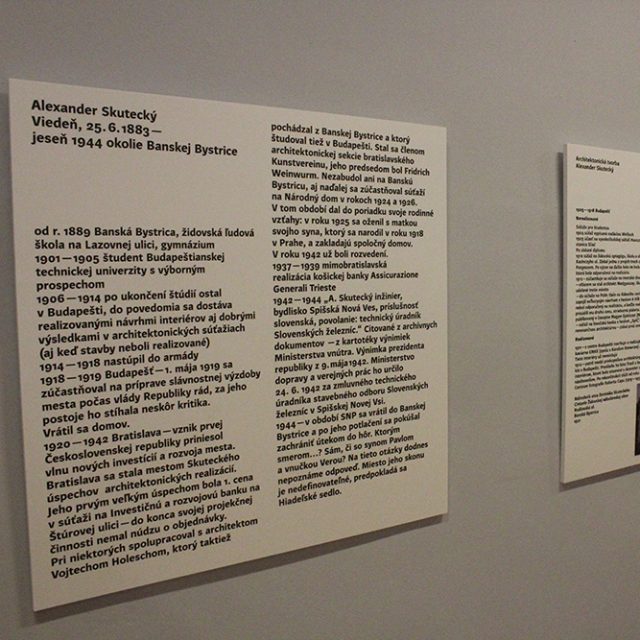