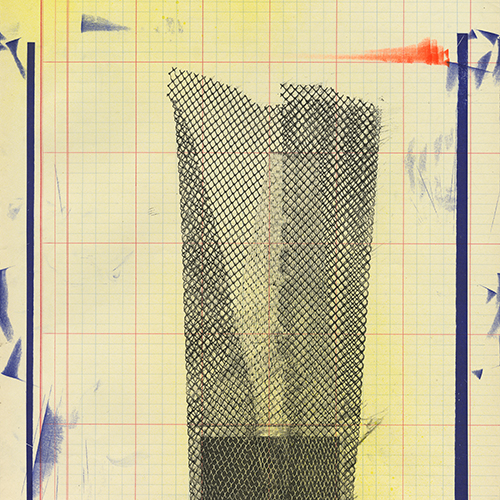 From small “briefcase” formats, precise, invisible pencil interventions to original photographic record, but especially from committed political and historical themes referring to our Central European past (20th century), the author has shifted to unbound (visual) freedom over the past five years.

Containers full of plastic netting, construction plastics, and their own or alien art waste collected over the years, found, unclassified forms and templates, pigments and unneeded cans of offset ink from printers creating environmental burdens are back in the game, reaping their full potential.

The author changes work flows, recycles his own older works and motifs, enlarges and relativizes scale and technology. Digital reproductions and enlargements create backgrounds for other layers and authorial inputs. Monotypes, painting, linocut, drawing, frotting… from a mixture of unreadable chaos, Mikyta draws in details that reveal that the painting was created in a coordinated manner. Once he works with colour and gesture, at other times he redraws the hatching in detail on the same piece, from the surface he passes to space and his illusive form from digital print to offset colour relief. He re-presses the paper, highlights or suppresses specific motifs with a pencil, puts on colour and lets it create colour scraps on the paper. He tries everything at once. As if there was no time to formulate things gradually and carefully. Again, he leaves the resulting meaning interpretation open to the viewer.

The creation of the exhibited works was supported by public funding in the form of a scholarship by the Slovak Arts Council. 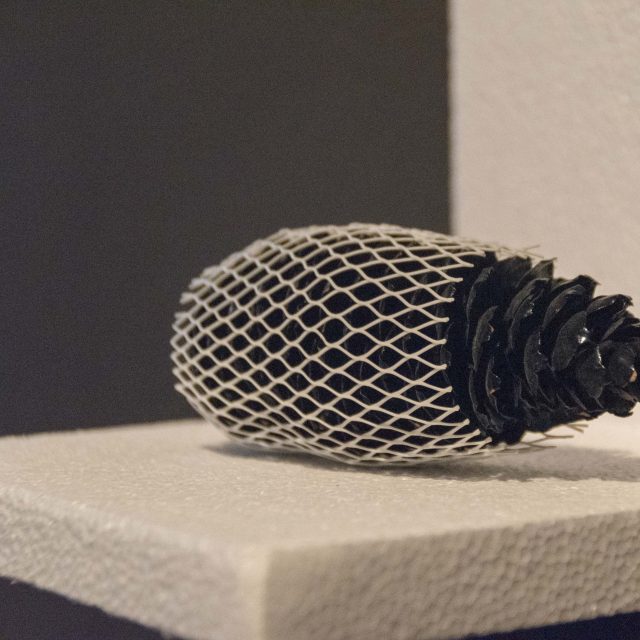 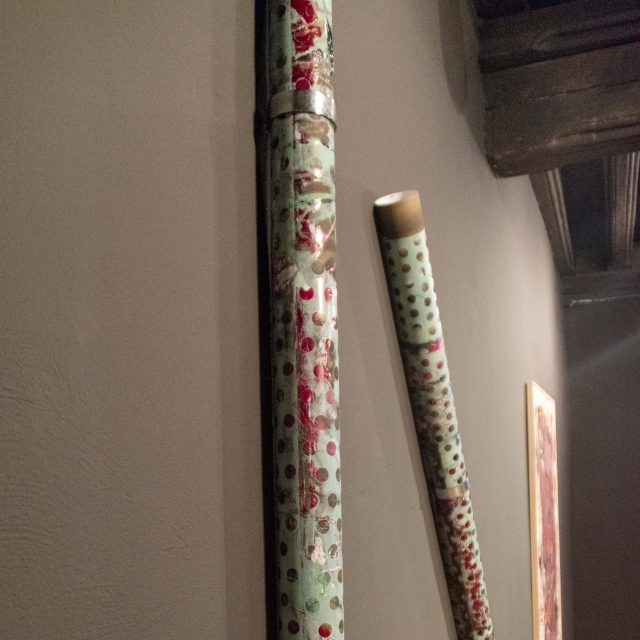 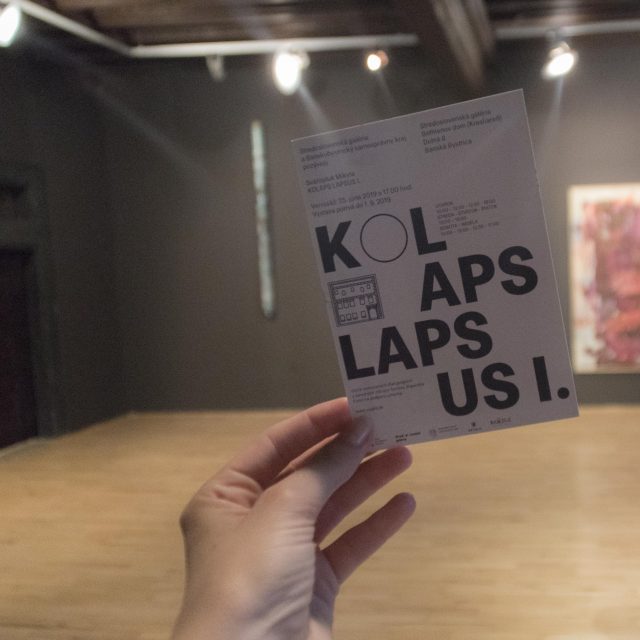 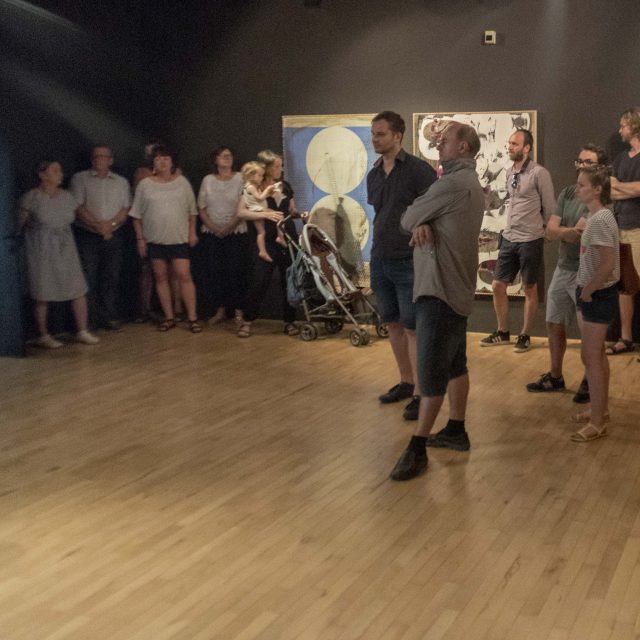 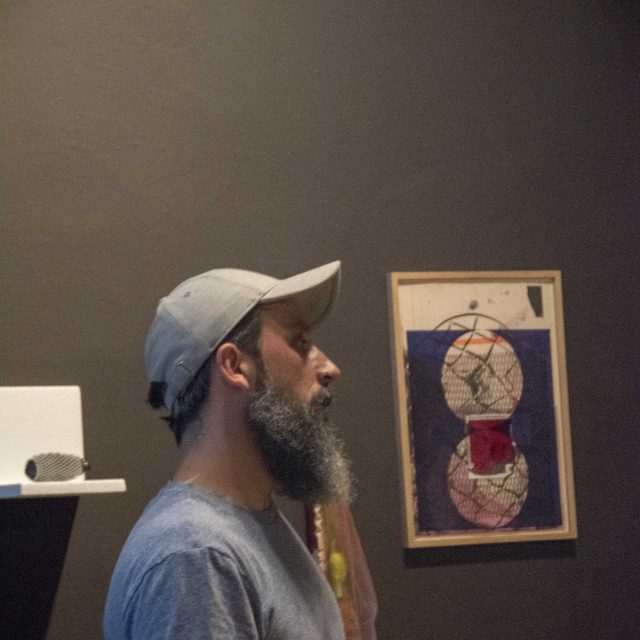 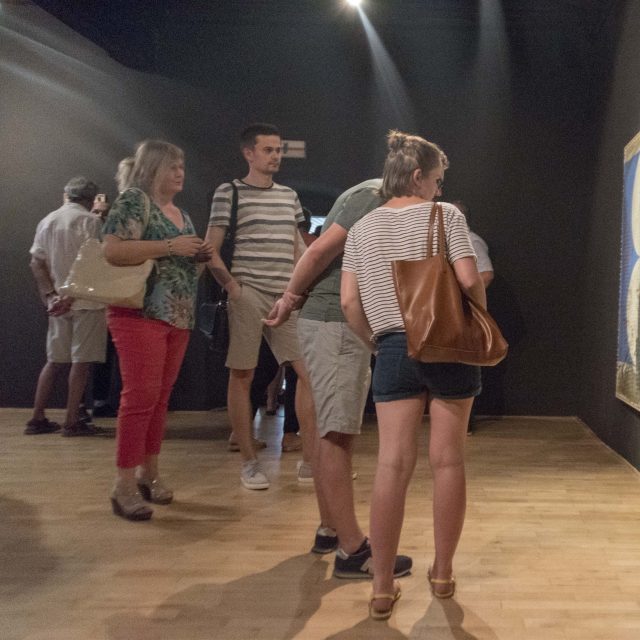 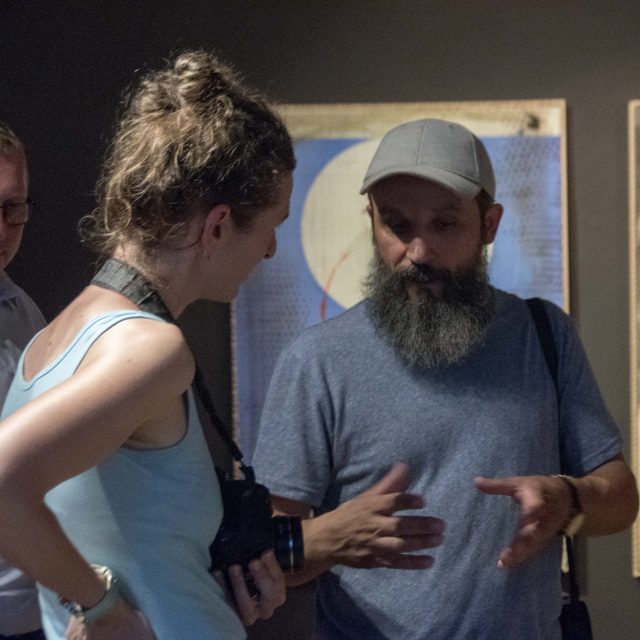 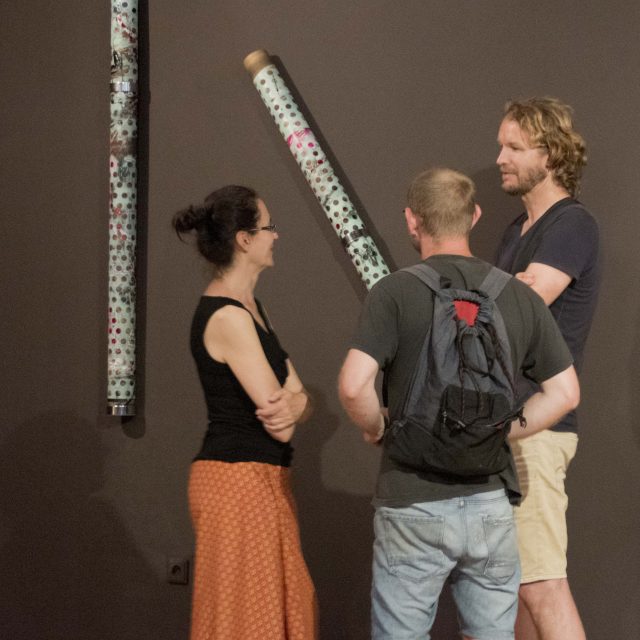 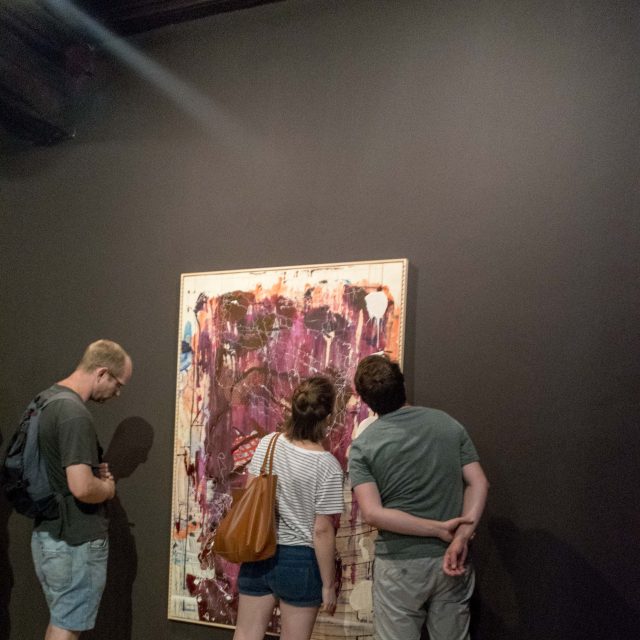 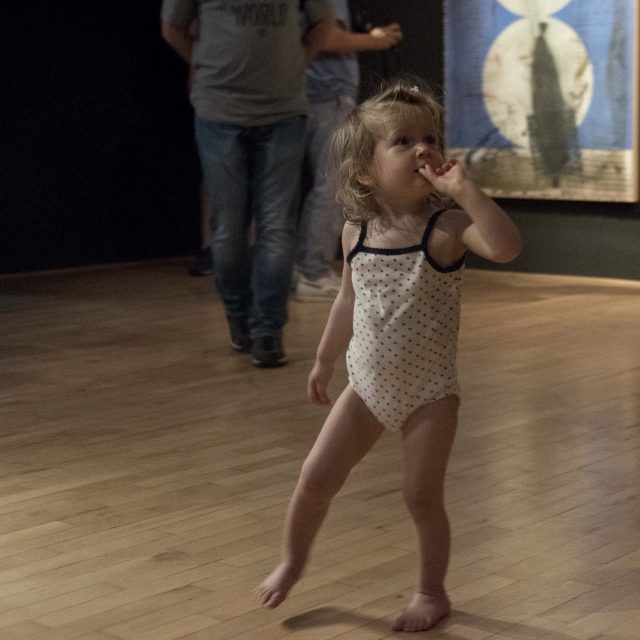 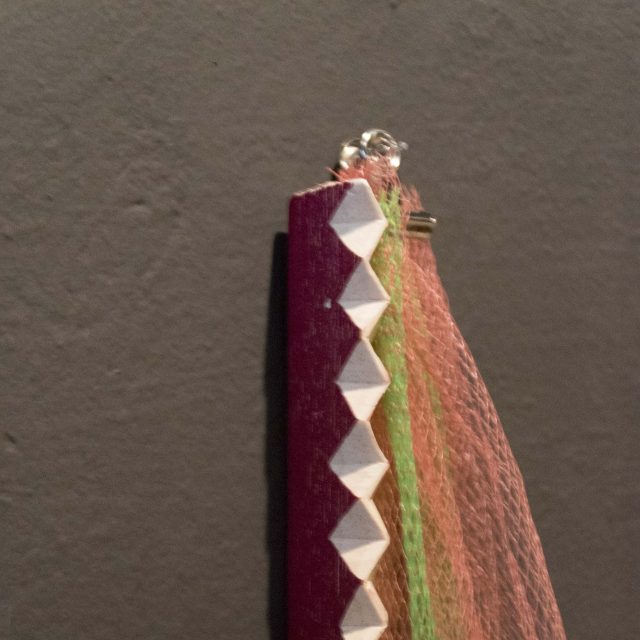 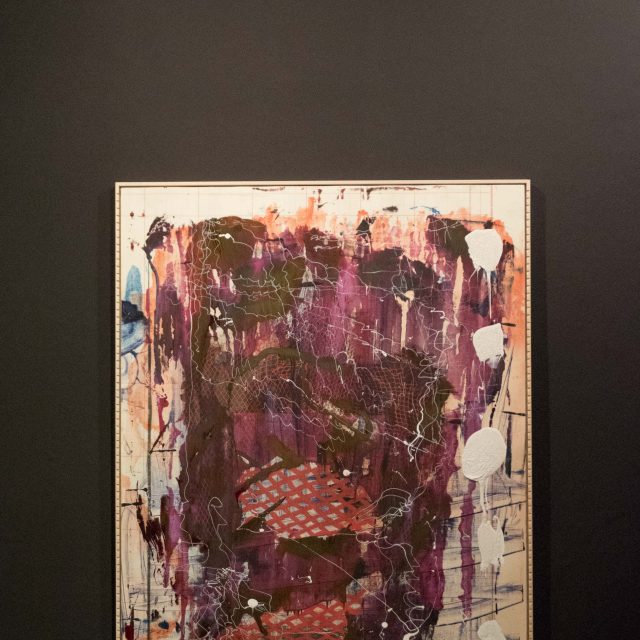 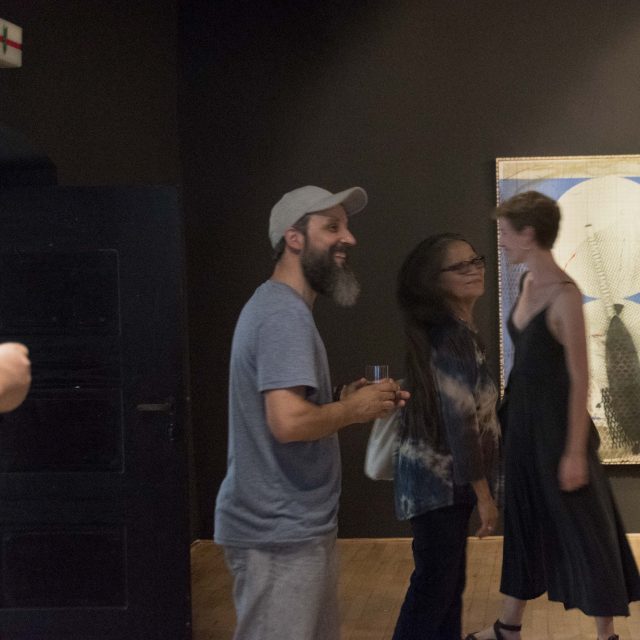 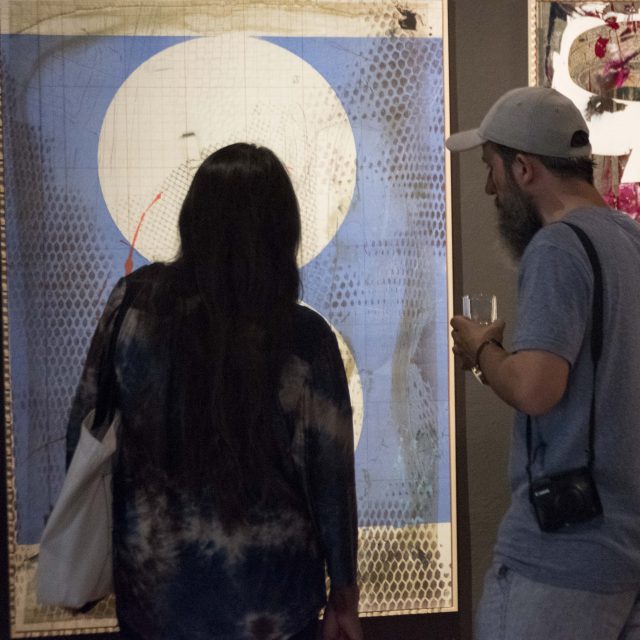 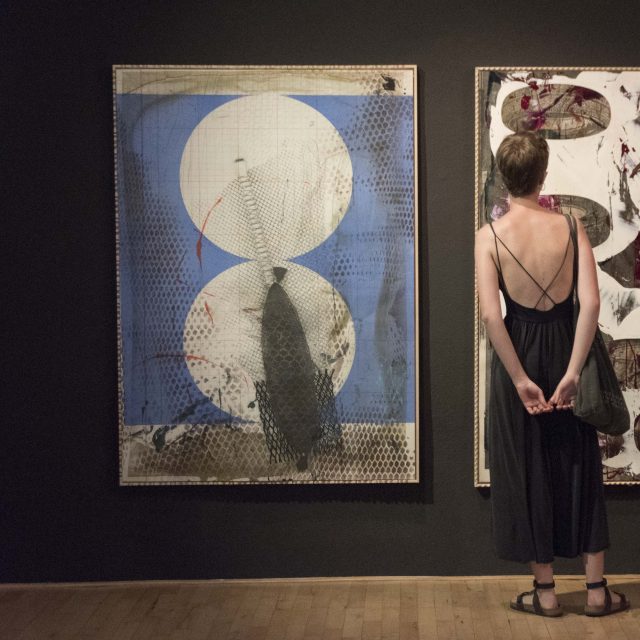 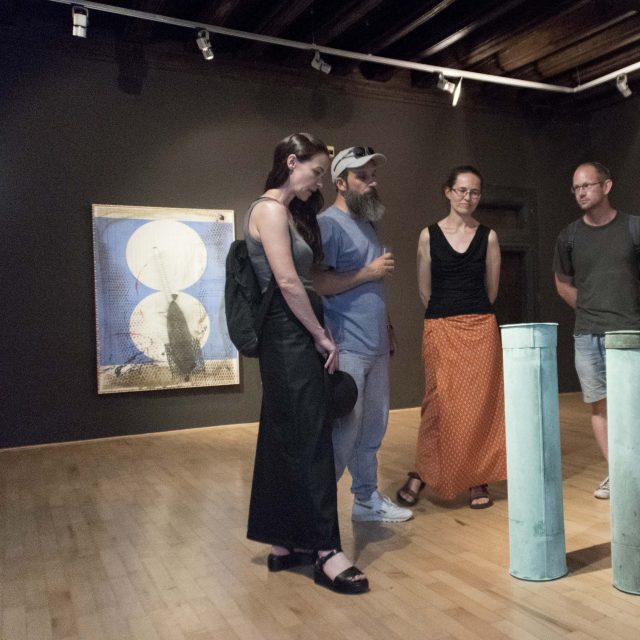